LOS ANGELES, March 13 (UPI) -- Don't expect the set for the 75th Academy Awards telecast to be dripping with diamonds -- that's too obvious a choice for production designer Roy Christopher.

Of course, since it is Oscar's diamond anniversary, Christopher is employing the imagery in his design. He just doesn't want to hit viewers over the head with it.

Christopher said he told telecast producer Gil Cates he would use the diamond, but not as a major motif of his design.

"Let (world-famous jeweler) Harry Winston take care of that," said Christopher. "The ladies will be wearing plenty of diamonds."

Christopher main idea for this year's Oscars show was to imagine himself in the shoes of great Hollywood production designers of the past, and create the look of the show as if one of them were designing it today.

In an interview with United Press International, Christopher said he is aiming for a look that will be contemporary at the same time as it evokes Hollywood's past glory -- sort of the way some contemporary automobile designs refer to classic looks.

"I look at automobile design a lot for my work, just for inspiration," said Christopher, who is particularly impressed with the retro look and feel of the new Ford Thunderbird.

"My heart starts racing when I see it because it conjures up a dream I had as a kid and brings it into the present," he said. "It presses a nostalgic button which causes an emotional response, and yet we can't deny that we are in 2003."

Christopher has a fair idea by now of what's involved in designing an Oscars show. He's done it 13 times before, picking up 13 Emmy nominations and five Emmy Awards along the way.

In all, he's been nominated for 31 Emmys. Currently, he is production designer for two long-running prime time comedy series, "Frasier" and "Becker."

Christopher is teaming up once again with director Louis J. Horvitz and lighting director Robert Dickinson, both Emmy-winners for their work on past Oscars telecasts.

Christopher said the main challenge is not to repeat himself, or others who have designed the show before him. At the same time, he knows it would be a mistake to be different just for the sake of being different.

"This is a show that prides itself on its heritage -- on its tradition," he said. "You could do something wacky, or surreal or cutting edge and it wouldn't work. You have to do something with elegance, glamour, excitement, Hollywood -- what that conjures in our psyche. Then you need to do a twist, taking the old and treating it in a new way."

"I don't know. Can you?" said Christopher. "We are going to present it on stage in some way. I can't tell you who is going to do it or how it is going to be done. We have talked to Rob about possible ways of presenting that number."

Christopher, like everyone involved with the telecast, would not offer much detail about who will perform the songs -- which include Eminem's "Lose Yourself" ("8 Mile"), U2's "The Hands That Built America" ("Gangs of New York") and "Paul Simon's "Mother and Child" ("The Wild Thornberrys").

As of late last week, Christopher said he wasn't even sure who will be performing.

Cates announced Wednesday that Lila Downs and Caetano Veloso will perform "Burn It Blue" from "Frida." As a hedge against all possibilities, Christopher said his production design will accommodate the recording artists if they perform, or other singers if they don't.

Last year's Academy Awards show was packed with emotion -- coming just months after the Sept. 11 terrorist attack and featuring historic Best Actor and Best Actress wins for Denzel Washington and Halle Berry and an unprecedented appearance by Woody Allen. Christopher said he doesn't know if this year's show will be emotional, but he expects it will be a great celebration of the academy's 75-year history.

"The number of stars appearing as presenters is unlike any I've ever seen in all the years I've done it," he said. "The response has been overwhelming."

And if the United States is at war in Iraq?

"Gil has told us we're doing the show on March 23," said Christopher. "Should anything come up that delays it, they'll do whatever they have to do. It's on everyone's mind." 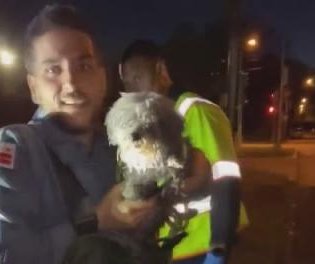 Odd News // 53 minutes ago
Deaf and blind poodle rescued from D.C. sewer
April 8 (UPI) -- Animal rescuers in Washington, D.C., said it took about two hours to locate a blind and deaf toy poodle who fell down a storm drain in the city. 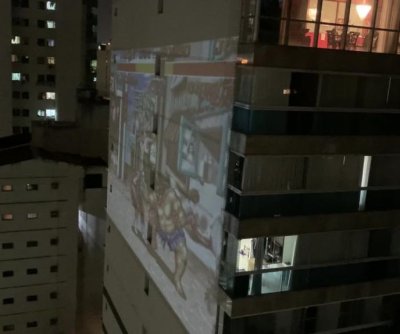 Odd News // 18 hours ago
Turkey survives crash through windshield on Minnesota highway
April 7 (UPI) -- A Minnesota truck driver said he received a shock when a turkey crashed through his windshield on the highway -- and a second surprise when the bird was uninjured.

Odd News // 18 hours ago
'Smart toilet' recognizes users' backsides, analyzes poop
April 7 (UPI) -- A team of Stanford University scientists announced they have designed a "smart toilet" that identifies the user by the shape of their backside and monitors the health of their waste.

Odd News // 20 hours ago
'Beehive bandit' bear raids honey from Minnesota family's hive
April 7 (UPI) -- A Minnesota family set up a camera to find out what was happening to their frequently damaged beehive and discovered the culprit was a honey-thieving bear.

Odd News // 21 hours ago
Sheep enjoy themselves on empty playground in Wales
April 7 (UPI) -- A Welsh farmer shared video of a flock of sheep taking advantage of the coronavirus lockdown by playing on the equipment at an empty playground. 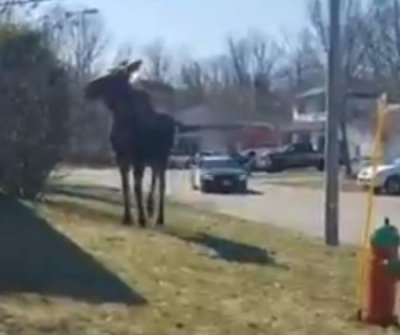 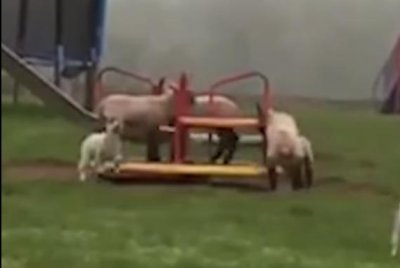 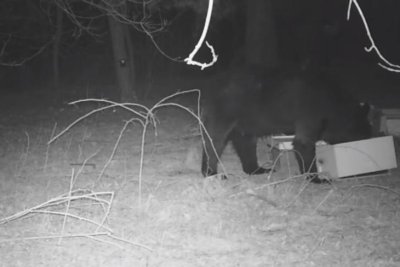