A dark chapter in U.S. history began on this date in 1950 when, during a speech in Wheeling, W. Va., Sen. Joseph McCarthy, R-Wis., charged the U.S. State Department was infested with communists. There would be congressional hearings, "witch hunts," and the blacklisting of Hollywood personalities and others before McCarthy was discredited and the "Red Scare" ended.

On this day in 1825, after no presidential candidate won the necessary majority, the House of Representatives elected John Quincy Adams the sixth president of the United States. Adams, the first U.S. president whose father (John Adams) also was president (the second being George W. Bush), would later do something no American president has ever done since -- he would serve 17 years in Congress following his presidential term.

The revolving doors to the office of the Soviet presidency turned on this date in 1984 when Yuri Andropov, in power only 15 months following the death of Leonid Brezhnev, died at age 69. He was succeeded by Konstantin Chernenko, who died 13 months later and was succeeded by Mikhail Gorbachev.

It was on this date in 1964 that the Beatles made the group's first appearance on "The Ed Sullivan Show." The performance was barely audible over the screams of the largely young female audience. Afterwards, D.J. Murray the K -- known as the "fifth Beatles" -- took John Lennon, Paul McCartney and Ringo Starr to a Playboy Club. George Harrison stayed back at the hotel with a cold.

And in 1994, a grand jury convened in Santa Barbara, Calif., to hear evidence in the allegations of child molestation that had been leveled against pop star Michael Jackson. No charges were ever filed.

In sports, the solid silver trophy known today as the Davis Cup was first put up for competition on this date in 1900. It all began when American collegian Dwight Filley Davis challenged British tennis players to come across the Atlantic and compete against his Harvard team. 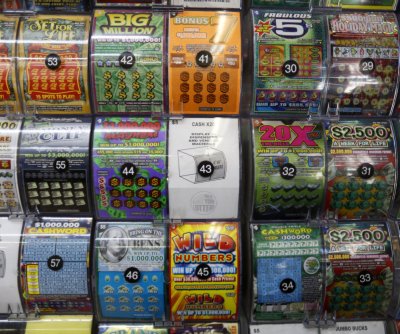 Odd News // 15 hours ago
Romanian mayor wins landslide re-election two weeks after death
Sept. 28 (UPI) -- The mayor of a Romanian village was re-elected by a landslide despite a major setback in his campaign -- he died about two weeks before the election.

Odd News // 16 hours ago
Watch: Helicopter team rescues dog trapped on ledge in deep sea foam
Sept. 28 (UPI) -- A British coast guard helicopter was dispatched to conduct the rescue of a dog trapped on a ledge by deep sea foam -- and two people who unsuccessfully attempted their own rescues of the canine.

Odd News // 16 hours ago
Texas boy, 14, graduates from college with associate degree
Sept. 28 (UPI) -- A teen student is being celebrated by a Texas community college after obtaining his associate degree at only 14 years old.

Odd News // 20 hours ago
Watch: Man breaks Guinness record with 24 Nerf dart hits in 1 minute
Sept. 28 (UPI) -- An Idaho man broke his own Guinness World Record when he got 24 shots from a single-load Nerf gun to stick to a target in 1 minute.

Odd News // 20 hours ago
Watch: Bear with three legs steals Diet Coke from Florida garage
Sept. 28 (UPI) -- A Florida resident's home security camera captured footage of a bear that walked into an open garage and made off with a bottle of Diet Coke. 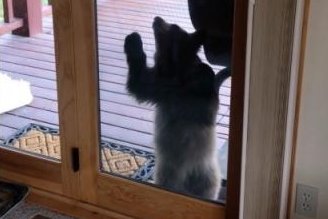