Boogie-woogie and traditional jazz pianist and arranger Billy Maxted was born this day in 1917 in Racine, Wis.

Bass player Steve Gilmore was born this day in 1943 in Trenton, N.J. He has been a member of the Phil Woods Quintet since 1974.

On this day in 1949, trumpeter Miles Davis went into the studio and recorded his first "Birth of the Cool" session. The collaboration with arranger Gil Evans, Gerry Mulligan, John Lewis and others culminated in a series of nonet recordings released under Davis's name.

While it was not a working band in any sense, the nonet established Davis as a leader, and resulted in a calm and urbane sound that seemed to be a reaction to the frenetic excesses of bebop.

This was also the day, in 1942, when Duke Ellington first recorded two of his big band classic tunes, "Perdido" and "C Jam Blues." "Perdido" was written by Juan Tizol and arranged by Ellington.

On this day in 1981, the jazz world lost one of the great Ellingtonians. Alto saxophonist Russell Procope died at age 72. He played in the Ellington Orchestra from 1945-74.

On the New York jazz scene... the Joe Zawinul Syndicate is at the Blue Note tonight through Sunday. There's a guitar spectacular double billing at Iridium this week featuring the Pat Martino band, with special guest Joey DeFrancesco, plus the Great Guitar Trio of Bucky Pizzarelli, Howard Alden and Frank Vignola. The Cindy Blackman quartet is at the Jazz Standard through Thursday. The Duke Ellington Orchestra directed by Paul Mercer Ellington and Jack Jeffers is at Birdland on Tuesday nights.

In the Boston area... The Bob Nieske 3 is at The Regattabar in Cambridge with the Lydian String Quartet.

In Philadelphia... Beau Jazz is at North by Northwest tonight. The Giga Shane trio is at Chris's Jazz Cafe.

In Chicago... Men of Note are at Andy's tonight. Jimmy Sutton's Four Charms are at the Green Mill. Ken Cheney is at Joe's BeBop Cafe and Jazz Emporium. Alfonso Ponticelli and Swing Gitan are at Katerina's. Von Freeman and Friends are at the New Apartment Lounge. The Bobby Broom trio is at Pete Miller's Steakhouse in Evanston. Marshall Vente is at Philander's in Oak Park. Typhanie Monique and Neal Alger are at Pops for Champagne. The Kimberly Gordon quartet is at the Underground Wonder Bar.

In New Orleans tonight... the Ted Hefko quartet and Tondrea are at the Blue Nile. Earl Brown is at Cafe Sbisa. New Orleans Street Beat is at the Crescent City Brewhouse. Tom Hook is at Dos Jefes. Chi-Town Maurice Brown is at the Funky Butt. Jim Hlavac is at Giovanni's. Los Vecinos are at Loft 523. The ReBirth Brass Band is at the Maple Leaf. Greg Stafford leads the band tonight at Preservation Hall. The Rob Wagner trio is at the Seaport Café. The Jason Marsalis quintet is at Snug Harbor. The Antibalas Afrobeat Orchestra is at Tipitina's.

In California... trumpeter Gilbert Castellanos leads the Tuesday night jams at the Onyx Room in San Diego. Pianist Jacky Terrasson's trio is at the Jazz Bakery in Los Angeles tonight through Sunday. Saxophonist Don Menza is at Charlie O's in Valley Glen. This is John Pisano's Guitar Night at Spazio in Sherman Oaks. The Vince Lateano trio featuring pianist Matt Clark is at Jazz at Pearl's in San Francisco tonight and Wednesday. Yoshi's in Oakland opens its ninth annual two-week residency by pianist McCoy Tyner tonight. Week one features him in a quartet with Bobby Hutcherson, Cecil McBee, and Jack DeJohnette. Next week, he's in a trio with Christian McBride and Lewis Nash

New Orleans trumpeter Irvin Mayfield's new CD, "Half Past Autumn Suite," celebrating the works of Gordon Parks, is out today on Basin Street Records. This CD Extra includes a behind the scenes video of the recording session with special guest and mentor Wynton Marsalis and interviews with Gordon Parks. CD release parties are planned in New Orleans, New York, Cambridge, Mass., San Francisco and other cities.

Guitarist Chieli Minucci, co-founder of the group Special EFX, is out today with his latest solo recording, "Night Grooves," on the Shanachie label. He's backed by Jerry Brooks on bass, Lionel Cordew on drums, Stan Harrison on alto sax, Barry Danielian on trumpet and Dan Levine on trombone on this smooth jazz exploration.

"Jam Miami -- A Celebration of Latin Jazz" is out today in DVD format from Image Entertainment. The concert recording features with Arturo Sandoval, Chick Corea, Nestor Torres and many more. 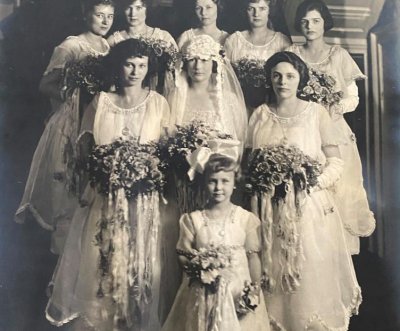 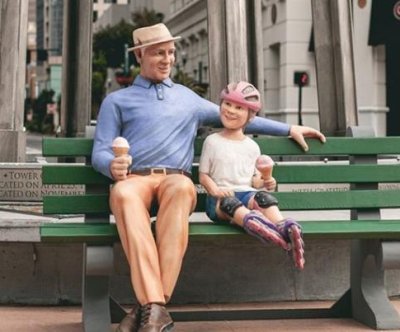