WE ARE NOT UP TO OUR EARS IN E-MAIL

Contrary to popular opinion, most workers are not buried in e-mail each day.

A report by the Washington-based Pew Internet & American Life Project finds 62 percent of all employed Americans have Internet access and 98 percent use e-mail on the job.

The Pew survey finds, however, that a large majority say their experience with e-mail is manageable and they spend a modest amount of their typical workday reading and writing e-mail.

THE LATE, THE GREAT LIZ

As the Washington Post puts it, "Legends are entitled to be late." And so it was with one of the greatest -- Elizabeth Taylor, who arrived well into the appetizer course at a State Department dinner Saturday night saluting Kennedy Center honorees, although the Post reported no one seemed to mind.

He mentioned to one group he had never met Taylor and some were beginning to wonder if it would happen, the Post notes. Almost 90 minutes after the first honoree arrived, Taylor -- dressed in gold from her abstract tresses to her chandelier earrings to a gown of gold lace -- made her entrance.

At one point she told actress Dina Merrill she has been slowed by recent dental surgery, the flu and back problems. She used a wheelchair during part of the evening.

You could almost forget the less than network-news-like delivery when watching the new male anchors on nakednews.com deliver the headlines totally in the buff.

The Naked News TV! Male Edition will debut weekly in January on Australia's FOXTEL and AUSTAR cable and satellite television. You can get an eye-full in a preview on the Web site.

"Get ready for one of the world's most unique programs, where there is literally nothing to hide!" quips anchor Lucas Tyler, one of the male anchors and producer of the Male Edition.

This version follows the success of Naked News TV! Female Edition, which began earlier this year on Australia's thecomedychannel.

The American Medical Association is asking television cable and network broadcasters to pledge not to run alcohol-related advertisements before 10 p.m.

The new program, described during the organization's House of Delegates meeting, is intended to help discourage underage drinking.

"We don't want our children to drown in a river of cheap beer," said Dr. Edward Hill, chairman of the Board of Trustees of the AMA. "That's why we are urging the networks to protect our children's health, not their corporate profits, by not exposing kids to alcohol ads."

In addition, the AMA also asked broadcasters to pledge not to air alcohol-related advertisements on any show in which more than 15 percent of the audience is comprised of teens or young adults who are under the legal drinking age.

Odd News // 13 hours ago
Romanian mayor wins landslide re-election two weeks after death
Sept. 28 (UPI) -- The mayor of a Romanian village was re-elected by a landslide despite a major setback in his campaign -- he died about two weeks before the election.

Odd News // 14 hours ago
Watch: Helicopter team rescues dog trapped on ledge in deep sea foam
Sept. 28 (UPI) -- A British coast guard helicopter was dispatched to conduct the rescue of a dog trapped on a ledge by deep sea foam -- and two people who unsuccessfully attempted their own rescues of the canine.

Odd News // 14 hours ago
Texas boy, 14, graduates from college with associate degree
Sept. 28 (UPI) -- A teen student is being celebrated by a Texas community college after obtaining his associate degree at only 14 years old.

Odd News // 18 hours ago
Watch: Man breaks Guinness record with 24 Nerf dart hits in 1 minute
Sept. 28 (UPI) -- An Idaho man broke his own Guinness World Record when he got 24 shots from a single-load Nerf gun to stick to a target in 1 minute.

Odd News // 18 hours ago
Watch: Bear with three legs steals Diet Coke from Florida garage
Sept. 28 (UPI) -- A Florida resident's home security camera captured footage of a bear that walked into an open garage and made off with a bottle of Diet Coke. 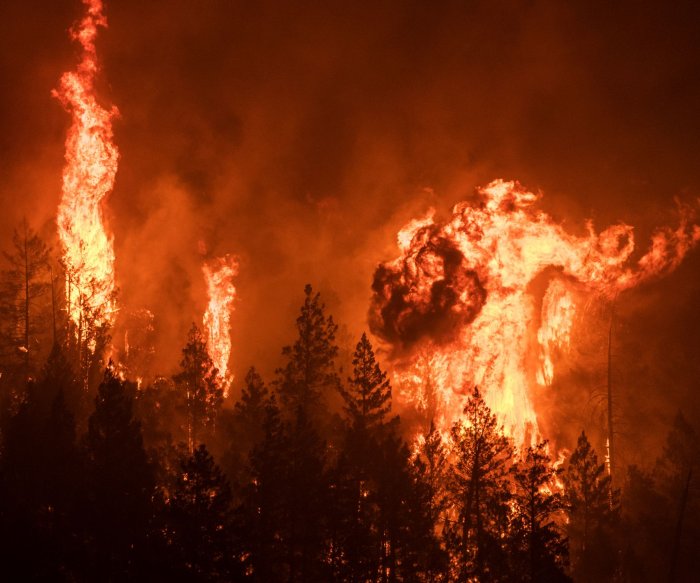