Singer June Christy, who made her mark in the Stan Kenton band, was born this day in 1925.

Saxophonist Don Braden was born this day in 1963 in Cincinnati, Ohio.

On this day in 1959, Miles Davis and Gil Evans went into the studio with a jazz orchestra to record their classic collaboration "Sketches of Spain." Davis had a life-long fascination with flamenco music. He once observed that in emotion and in song form: "Flamenco is the blues -- only in Spanish."

A well-known jazz drummer participated on the "Sketches of Spain" session with Davis but was never credited on the recording. He didn't play drums that day -- Elvin Jones played castanets for that historic session.

On the New York jazz scene... Lou Donaldson's quartet is at the Village Vanguard this week. Brazilian pianist and composer The Fred Hersch quintet with Kenny Wheeler, Mark Turner, Ben Street and Nasheet Waits is at the Jazz Standard.

Sergio Mendes is at the Blue Note through Sunday with Brasil 2002 for the last week of the club's Fall Vocal Festival. The third annual Django Reinhardt Festival continues at Birdland, where tonight's special guest is Ken Peplowski. The Heath Brothers are at Iridium. Manhattan Vibes are at the Zinc Bar tonight. Juan-Carlos Formell is at the Arka Lounge.

In and around Boston... Branford Marsalis is at the Berklee Performance Center tonight. The world music band Natraj is at The Regattabar in Cambridge, with special guest V. K. Raman. Euge Groove is at Scullers in Boston.

The Jimmy Bruno trio is at Chris's Jazz Cafe in Philadelphia tonight.

The Paul Renz quartet is at the Triumph Brewing Co. in, Princeton, N.J., tonight.

The Tierney Sutton band brings its "Something Cool" tour to Blues Alley in Washington, D.C., tonight. Caetano Veloso is at Lisner Auditorium in Washington tonight.

Mose Allison's trio is at Nighttown in Cleveland tonight and Thursday.

The John Scofield band is at the State Theater in Kalamazoo, Mich., tonight.

In and around Chicago... Bill Charlap's trio is at the Jazz Showcase this week with special guest Phil Woods. David "Fathead" Newman and the Burgess Gardner Orchestra are at Harambee House tonight. Henry Johnson's Organ Express is at Andy's. Mike Finnerty and the Jazz Hippies are at Cafe Ennui. Andrew d'Angelo is at the Empty Bottle.

The Bill Porter Orchestra with Rich Fudoli is at Green Dolphin Street. The Brass Tracks Big Band is at Hackney's. Ken Saydak is at Joe's BeBop Cafe and Jazz Emporium on the Navy Pier. WesBound Trane is at Michael's Jazz Bistro in Glen Ellyn. Jackie Allen and Judy Roberts are at Philander's in Oak Park. Steve Evans' quartet is at Pops for Champagne. Steve Ditzell's duo is at Pops of Highwood tonight.

In New Orleans... the Earl Brown trio is at Cafe Sbisa. Lenny McDaniel is at Cobalt. New Orleans Streetbeat is at the Crescent City Brewhouse. Leigh "Little Queenie" Harris is at Dos Jefes. The Soul Rebels Brass Band is at El Matador. Ingrid Lucia is at the Ritz-Carlton's French Quarter Bar. Jack Maheu and Friends are at Fritzel's.

Topsy Chapman is at Satchmo's jazz room at Harrah's. Kermit Ruffins and the Barbecue Swingers are at Le Bon Temps Roule. Darrell Levigne and David Torkanowsky are at Le Salon at Windsor Court. The ReBirth Brass Band is at the Maple Leaf tonight. Dr. Bone and the Hep Cats are at Mid-City Lanes Rock'n'Bowl tonight.

John Brunious leads the band at Preservation Hall. 3 Now 4 is at the Funky Butt. The Rob Wagner trio is at the Seaport Cafe. The John Mahoney Big Band is at Snug Harbor. The Richie Moten trio and the Silverleaf Jazz Band are at the Sonesta's Mystick Den. Leah Chase is at the University of New Orleans Sandbar room.

In California... the Sam Rivers trio is at The Jazz Bakery in Los Angeles this week. Jazz funnyman Tony Russell is at Charlie O's in Valley Glen tonight. Shelly Berg is at Steamer's Jazz Cafe in Fullerton. Theo Saunders Trio is at Spazio in Sherman Oaks tonight. Jenna Mammina and Andre Bush are at Yoshi's in Oakland tonight. Bennett Paster is at Jazz at Pearl's in San Francisco tonight.

The Tom Grant trio is at Dimitriou's Jazz Alley in Seattle tonight for one night only.

Dreyfus Records has released "Mr. Dodo" by Italian saxophonist Rosario Giuliani. This blend of original material and pieces by Ornette Coleman and Michel Petrucianni is spiced with both lyricism and hard-driving swing. It's a fine follow-up to his very strong Dreyfus debut, "Luggage."

Grammy-nominated Carla Cook is out with "Simply Natural," her third release on the MaxJazz label. Her collaborators include Bruce Barth, Kenny Davis, Billy Kilson, Cyrus Chestnut and Steve Kroon. The material stretches from Duke Ellington to Herbie Hancock, from Jimmy McHugh to Simon and Garfunkel.

Trumpeter and Bandleader Steven Bernstein's latest is "Diaspora Blues'" a collaboration with the Sam Rivers trio on jazz interpretations of traditional Jewish prayer songs, and original commentary pieces. The project grew out of his 1999 recording, "Diaspora Soul," which fused familiar Jewish songs with New Orleans brass timbres and Cuban percussion. It's on the Tzadik label.

Odd News // 4 hours ago
Deer taking over Calgary neighborhood during lockdown
April 6 (UPI) -- Residents of Calgary, Alberta, said the streets being emptied of travelers amid the coronavirus pandemic has led to an influx of unusual visitors -- a large herd of deer.

Odd News // 6 hours ago
British firefighters clean up industrial foam spill
April 6 (UPI) -- Firefighters in Britain were summoned to an industrial property to deal with an unusual situation -- a spill of more than 30 gallons of fire retardant foam. 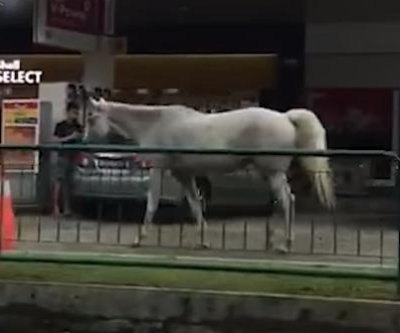 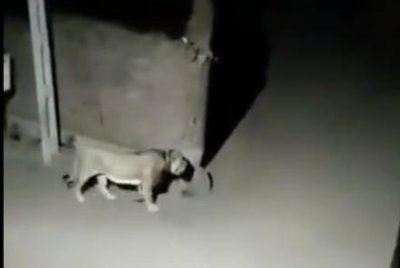