Bandleader and pianist Raymond Scott was born this day in 1910 in New York. He was a pioneering leader of the CBS radio network staff orchestra in the 1930s and '40s, yet better known for writing and performing stylish novelty tunes.

Drummer Cliff Leeman was born this day in 1913 in Portland, Maine. After working as a teenage percussionist with the Portland Symphony, he signed on with the Artie Shaw Orchestra and played on many of Shaw's hit records.

One of the great classic drummers until his death in 1986, Lehman worked over the years for virtually every great big bandleader, including Glenn Miller, Tommy Dorsey, Charlie Barnet, Woody Herman, Jean Goldkette and Glen Gray.

Swedish clarinetist and bandleader Putte Wickman was born this day in 1924 in Borlange, Sweden.

On this day in 1939, Charlie Barnet and his band recorded "The Duke's Idea" for the Bluebird label.

On this day in 1941, Woody Herman first recorded "Blues in the Night" for Decca.

On the New York jazz scene... drummer Elvin Jones's weeklong 75th birthday celebration opens tonight at the Blue Note. Bill Charlap's trio is at the Village Vanguard this week. Eliane Elias is at Iridium all week. The Wycliffe Gordon/Eric Reed quartet is at the Jazz Standard.

In Chicago... Saxophonist Kenny Garrett's band is at the Jazz Showcase this week. Men of Note are at Andy's tonight. Jimmy Sutton's Four Charms are at the Green Mill on Tuesdays. Ken Cheney is at Joe's BeBop Cafe and Jazz Emporium tonight. Von Freeman and Friends are at the New Apartment Lounge. Marshall Vente is at Philander's in Oak Park. The Dan Cray trio is at Pops for Champagne.

In New Orleans... Michael Skinkus's Moyuba Latin jazz band and the Ted Hefko quartet are at the Blue Nile tonight. Topsy Chapman is at Satchmo's jazz room in Harrah's casino tonight. Fred Sanders and Paul Longstreth are at Le Salon at the Windsor Court. The ReBirth Brass Band is at the Maple Leaf. Pete Fountain is at his club in the Hilton Hotel tonight. The Rob Wagner trio is at the Seaport Cafe. Harold Battiste and the Next Generation are at Snug Harbor. The Ian McPhail quintet is at the Spotted Cat. The Joe Krown Organ Combo is at d.b.a.

On the California jazz scene... Dave Frishberg and Bob Dorough are at the Jazz Bakery in Los Angeles tonight. James Moody's quartet is at the Catalina Bar and Grill in North Hollywood tonight. Cathy Segal-Garcia teams up with Shelly Berg in the piano/vocal series at Steamers Jazz Cafe in Fullerton. Omar Sosa is at Yoshi's in Oakland. The Vince Lateano trio featuring pianist Matt Clark is at Jazz at Pearl's tonight in San Francisco.

The Pat Metheny Group is in Seoul, Korea, through Sunday.

Canada's fine Justin Time label has released pianist John Stetch's latest project, "Ukrainianism." Stetch grew up in a Ukrainian community in his native Alberta, Canada, and this is a solo piano homage to those roots. He adapted and updated a series of Ukrainian folk songs with his own jazz piano interests and influences. 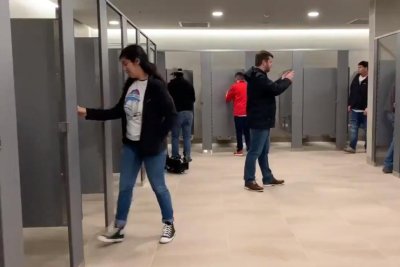 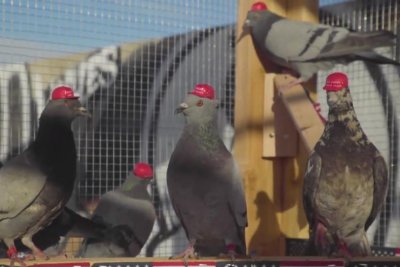