WASHINGTON, June 18 (UPI) -- The Bush administration's desire to see Iraqi leader Saddam Hussein ousted from power is akin to an Argentinean tango: it moves back and forth, but never wanes in its ardor. And just like a tango, it picks up steam with every step.

Immediately following the Sept. 11 terrorist assaults on New York and the Pentagon it appeared -- at least from this side of the Potomac -- as though Saddam's time was rapidly running out. However, the administration could not pinpoint any concrete evidence linking the attacks directly to Baghdad's strongman. The only evidence was a meeting that Mohammad Atta, the suspected 9/11 ringleader, had with Iraqi intelligence agents in Prague.

Vice President Dick Cheney, hoping to drum up support for what many Middle East observers saw as clear indications of an imminent offensive, was instead berated by every Middle Eastern king, emir, president, prime minister and potentate with whom he conferred on his tour of the region. The message from a gaggle of Mideast leaders, including Jordan and Saudi Arabia, was clear: no green light.

So the tango took a couple of steps back because "they were not with us."

Reiterating President George W. Bush's credo of "you are either with us, or against us," in the war on terrorism, Sen. Sam Brownback, R-Kan., opened a discussion on Capitol Hill, Tuesday, addressing the issue of 'Saudi Arabia and Terrorism,' saying that 9/11 was "a redefining moment of foreign policy."

"They (the Saudis) have been spreading evil ideas around the world. Ideas have consequences," said Michael Barone, a senior writer for U.S. News & World Report, and a member of the panel. "Their totalitarian gospel is inconsistent with human rights."

Indeed, Saudi Arabia has recently come under rising criticism from a number of Capitol Hill lawmakers, who are questioning the kingdom's resolve in combatting terrorism, and its willingness in assisting the United States in the ongoing war on terror.

Some experts are going as far as comparing Saudi Arabia to Iraq.

At first glance one would think that the desert kingdom, a deeply religious Islamic monarchy where Sharia -- Koranic law --dominates, and Iraq, a secular socialist state, are poles apart. Not so, says David Pryce-Jones, a senior editor with National Review, who believes both countries are "lawless societies" and "police states."

The only difference, according to Pryce-Jones, is that Iraq is governed by the Baath Party while Saudi Arabia is ruled by the royal family -- a group of "Potemkin princes who got their hands on money," said Pryce-Jones.

Saudi Arabia, according to Pryce-Jones, is currently in a pre-revolutionary state. The ruling family needs to ask itself who it fears most: Iraq, the United States or its own people.

As a country incapable of defending itself, Saudi Arabia, indeed, has many fears. It fears its strong neighbor, Iraq, who gave serious thought about invading it in 1990, soon after it occupied Kuwait. When Iraqi troops crossed the border into the Saudi border town of Khafji, they were repelled only thanks to the deterrence of U.S. Marines and Qatari forces.

Just as during the Gulf War, Saudi relies on the U.S. to protect its oil fields and reserves. The main function of Saudi Arabia's army and national guard is to keep the royal family in power.

But at the same time, the Saudis fear their own people, which is why, over the years, they have paid billions of dollars in "protection money" to Osama bin Laden and other religious fanatics. Which is also why they have financed scores of religious schools or madrassas from Pakistan to Indonesia, hoping to placate the Islamists and to keep them at bay.

"The Saudi weapon is money. That is all they've got. But money is a confusing tool," said Pryce-Jones. "It's a very unhealthy society that has existed on hypocrisy."

Could it be that we are on the eve of mega-changes in the Middle East? There seems to be more "talk" about moving borders and populations than at any time since Britain and France finalized the contours of today's Middle East at the close of World War I.

"No one likes to see boundaries change, but that is what we are talking about today," said Pryce-Jones.

So are policy planners on Capitol Hill, at the Pentagon, the White House and at the State Department thinking of expanding the Iraqi option to include Saudi Arabia? Who knows, but the United States certainly has the power to do so.

In the early 1970s, at the height of the oil crisis inititated by the Arab-Israeli war, the United States was seriously considering invading Saudi Arabia's vast oil fields in order to secure them in the event of a hostile take over in the kingdom. That was when Richard Nixon was in the Oval Office.

In John Milius's epic film "The Wind and the Lion," when the American fleet admiral confers with the U.S. ambassador and outlines his bold plan to march on the palace and overthrow the ruler of Tangiers because of his open support for the rebel leader, el-Raisuli, (portrayed by Sean Connery), the admiral explains that the United States can do it, because, he says, "we carry the largest stick." This was at the time when Teddy Roosevelt was in the Oval Office.

It could well be that neo-colonialist gun-boat diplomacy is not that passé. For one thing, it's not that far off from the minds of many people concerned by foreign policy, and the United States still carries the "largest stick." 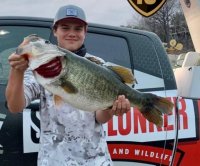 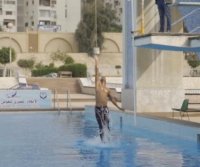