For the first time, a member of the famed Kennedy political family has publicly criticized Boston Cardinal Bernard Law's handling of the church's sex scandals.

"Cardinal Law's actions were inexcusable and the church is going to have to come up with some really significant reforms in order to get the message across that they have felt the weight of this crisis," Kennedy told Friday's Boston Herald. The son of Sen. Edward M. Kennedy, D-Mass., added that "these actions that these priests took were criminal and they have to be held accountable ... in a court of law."

One reform Kennedy has pushed before is the ordination of women as priests.

The role of women in the church is one of the many subjects Law and seven other American cardinals are expected to discuss with Pope John Paul II and other officials when they meet this week at the Vatican, according to the New York Times.

Quoting a top Vatican official, Cardinal J. Francis Stafford, the Times said the extraordinary meetings in Rome Tuesday and Wednesday will cover the sexual abuse scandals, celibacy, screening gay candidates for the priesthood, as well as the role of women in the church.

Stafford said, however, the ordination of women is definitely not on the table. "Rome can't be open to changing the faith," he said. "That's clearly a part of the faith and we can't, we don't have the power to change it even if we'd like to."

Los Angeles Cardinal Roger M. Mahony told the Times he plans to push the church to consider changing centuries of doctrine to permit priests to marry and women to be ordained. "It's not a panacea that you have married clergy or women clergy," Mahoney said. "At this point, I'm a proponent of the discussion. I want to hear a lot more."

-- Will any changes come out of this week's meetings at the Vatican? Why or why not? If it were up to you, what reforms would you undertake in the Catholic church?

(Thanks to UPI's Dave Haskell in Boston)

Osama Bin Laden has been hidden by sympathizers in the dusty slum city of Peshawar, Pakistan -- a gigantic labyrinth of 3.5 million people -- since early December, according to a major tribal leader.

Speaking on condition his name not be used, the man who commands the loyalty of more than half a million tribesmen said that his information was that the world's most wanted terrorist crossed over into Pakistan Dec. 9 as the Pakistani army began deploying a brigade of 4,500 troops along a 30-mile-long stretch of mountainous border. He is the same tribal chieftain who told UPI last December that his tribal scouts knew "within one square kilometer" the whereabouts of bin Laden in the Tora Bora mountain range, even as U.S.-allied Afghan forces with American air support scoured that area for him, and engaged his fighters.

Pakistani military officers conceded privately it would have taken almost 100,000 men to hermetically seal the frontier -- as the government announced it had done -- from the Khyber Pass west to Parachinar, a border town in the Kurram tribal agency.

Bin Laden, according to the tribal chief's account, escaped from Tora Bora with about 50 of his fighters through the Tirah valley -- the most inaccessible part of Pakistan's tribal belt, populated by fiercely independent tribesmen traditionally hostile to Pakistan. They then split up into smaller groups. Bin Laden, the chieftain said, made it into Peshawar by truck and has been in hiding "with medical attention" ever since. He could not confirm whether bin Laden's second-in-command, Ayman al Zawahiri, a former physician, was with him.

Peshawar is to the cloak-and-dagger world of plots and counterplots, and arms and narcotics smuggling, what Casablanca was to such skullduggery in World War II. Taliban leaders have kept houses there and in Quetta, capital of the nearby province of Baluchistan, since they started their conquest of Afghanistan in 1994.

The tribal leader, known to UPI as a reliable source since March 2001, said he thought bin Laden was safe in Peshawar as he was still a hero to the man-in-the-street. He also said he was "reasonably confident" that bin Laden enjoyed the protection of "certain rogue elements of Pakistan's intelligence world that have taken exception to (Pakistani President) Musharraf's alliance with America."

It was Pakistan's Inter-Services Intelligence agency that nurtured the Taliban movement as it began to grow in Pakistan in the early 1990s and then sustained it after it became the government of Afghanistan in 1996. ISI also maintained links to bin Laden and his al Qaida terrorist organization.

American visitors frequently ask why no one has been tempted by the $25 million reward posted by the U.S. for information leading to bin Laden's capture. The tribal chief echoed other Pakistani politicians when he said, "it's such a high figure no one believes it and it is usually dismissed as another empty American promise."

-- If bin Laden is getting this kind of help, what do you think are the chances of us capturing him? Would it be better if he was killed outright? Why or why not?

(Thanks to UPI Editor At Large Arnaud de Borchgrave)

Odd News // 36 minutes ago
Deer invade London neighborhood during COVID-19 lockdown
April 3 (UPI) -- A large herd of deer have moved into a London neighborhood, taking advantage of streets being emptied by the coronavirus pandemic.

Odd News // 1 hour ago
Michigan couple's wedding to be attended by cardboard guests
April 3 (UPI) -- A Michigan couple whose wedding plans were thrown into chaos by the coronavirus pandemic said the pews will still be full during their ceremony -- but the guests will all be made of cardboard.

Odd News // 1 hour ago
Woman discovers she is sole passenger on Washington-Boston flight
April 3 (UPI) -- A woman who flew from Washington, D.C., to Boston amid the COVID-19 pandemic captured video on board the plane when she discovered she was the flight's sole passenger.

Odd News // 4 hours ago
Idaho man flips flaming sword 57 times in 30 seconds
April 3 (UPI) -- An Idaho man broke a Guinness World Record that he said was perfect for social distancing: most catches in 30 seconds with a fire sword. 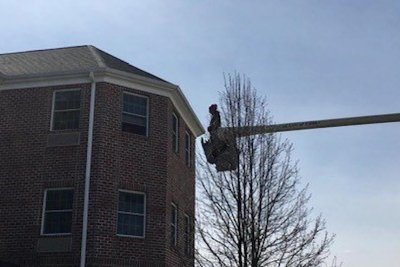 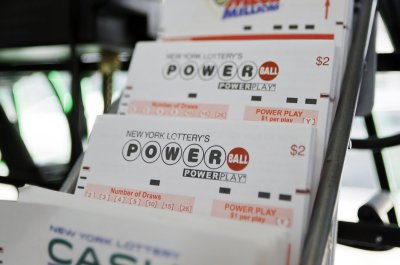