LOS ANGELES, March 22 (UPI) -- Michael Medved can feel vindicated. The nationally syndicated radio talk show host and former PBS film critic has been arguing since 1991 that the movie industry hurts its own profitability by churning out so many R-rated films. Now, new data support his argument.

"Every single year of those 11 years without exception, R-rated movies have done the worst on average at the box office of any rating," Medved said by phone from his Seattle radio studio. "It's a very significant difference."

Hollywood paid little attention to Medved's logic, until angry Congressional hearings in September 2000, forced Jack Valenti, the head of the Motion Picture Association of America, to promise that the industry would no longer market R-rated movies to children under 17. The politicians also persuaded the theater owners to at least make an effort to prevent unaccompanied children from getting into R-rated movies.

Did Congress' meddling hurt the industry's revenues in 2001, as some had feared? Hardly. Instead, Hollywood enjoyed one of its biggest boom years in 2001. According to the MPAA, "U.S. gross box office reached an all-time high of $8.4 billion -- a 9.8 percent increase over last year." That made 2001 Hollywood's fastest growth year in over a decade. In contrast, revenue in 2000 was up only 2.8 percent over 1999.

Ticket sales grew by 78 million to 1.49 billion, the highest mark since the spread of television wiped out the American habit of attending movies several times a week. This is particularly impressive because "going to the movies" is an old-fashioned way to consume Hollywood's products. The industry's other revenue streams -- foreign, network television, cable television, VHS and now DVD (which doubled in unit sales last year) -- have become much important over the years.

Furthermore, in the age of the Internet, there are ever-increasing ways to amuse oneself besides watching movies.

The profitability of the average movie also appeared to be higher in 2001. Overall box office revenues were up almost 10 percent, but number of movies released by the major studios was virtually unchanged. That means revenues per film averaged a tenth higher. Yet, the typical expenditure on making and marketing a major studio movie dropped by $3.2 million, or 4.5 percent. Although the MPAA's data are a little sketchy, they suggest a major boost in profit margins per picture.

The quality of movies was disappointing throughout most of 2001, due to productions rushing to beat anticipated strikes by writers and actors. Fortunately, the fourth quarter saw a rush of highly satisfying films, led by three fantasy movies -- "Harry Potter" (PG) "Lord of the Rings," (PG-13) and "Monsters, Inc." (G) -- that together earned more than $850 million. Other big year-end smashes included two PG-13 movies, "Ocean's Eleven" and "A Beautiful Mind."

Before 2001, they might well have been cut to be R-rated.

Fourth quarter revenues in 2001 were 29 percent higher than in the same season of 2000.

Medved is far from surprised that Hollywood did better this year despite the new restrictions on R-rated movies. He sees the shift away from R-rated movies as inevitably a boon to the bottom line.

Strikingly, despite the new limitations on marketing to adolescents, the 12-15 year-old segment made up 12 percent of the audience in 2001, compared to 10 percent in 2000. This may have stemmed from there being more non-R-rated movies available.

Consumers less and less need R-rated movies to meet their demands for sex and violence. They can see all the nudity they want on the Internet and all the violence they wish in videogames. And it has become increasingly costly to movie producers to persuade top actresses to take their clothes off on camera.

Yet, why did the movie industry so long persist in its unprofitable love affair with R-rated films?

Medved suggested, "Hollywood is a very insular community. People make movies for each other. To impress one another. To win awards. It's very tough to win an Oscar without an R-rated movie. Whether it's "Traffic" or "Gladiator" or "American Beauty" -- "Shakespeare in Love" was R-rated!"

Eight of the last 10 Best Picture winners were R-rated. This year, however, only two of the five Best Picture nominees are R films: "Gosford Park" and "In the Bedroom." And these are both low box office dark horses compared to the more prominent PG-13-rated nominees "Lord of the Rings," "A Beautiful Mind" and "Moulin Rouge."

One concern is that with the R-rating becoming an increasing financial burden, the tawdrier sort of picture is tempted to try to stretch the upper bounds of PG-13. "There really is very, very little distinction today between some of the harsher PG-13 material and R rated material," complained Medved, the author of several books about the movie industry.

At the same time, the movie industry is abandoning the PG rating. Why? The G rating is increasingly reserved for the few movies that won't frighten toddlers. The PG rating has thus become the standard rating for movies, such as "Harry Potter," that are aimed at elementary school students. That in turn drives practically any movie aimed at people who have gone through puberty toward the PG-13 rating as a way to show it's not a movie for little kids. The PG rating has thus been dying out. There were only 55 PG rated films released last year, compared to 105 in 1996.

This means that it's increasingly hard for parents to guess what is implied by the PG-13 rating. Compounding this problem, according to Medved, is that many parents confuse PG-13 with PG.

"PG-13 really is the Trojan horse in the rating system. Some of the worst movies, in terms of moral influence, were rated PG-13, particularly "The Fast and the Furious" and "Crazy/Beautiful."

The talk show host went on, "I think that it was a mistake to initiate the PG-13 rating, which they basically did as a way to get harsher material while avoiding the R. And if you're going to continue with a rating like that, an intermediary rating between PG and R, they ought to call it R-13. Because so many parents hear PG-13 and they confuse it with PG because they're not full time movie writers and critics." 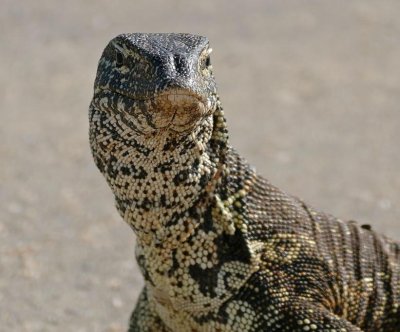