WOODY GUTHRIE TO BE HONORED WITH MUSEUM

Even if the late singer-songwriter Woody Guthrie had done nothing more during his career than to have written "This Land is Your Land, This Land is My Land," he would be an American institution. But he was not a single-song man. During the turbulent times of the '30s, the war years of the '40s and even into the changing '60s Guthrie was the true American troubadour, baring the country's soul in his songs. Now the town that claims him as its favorite native son is honoring him with a museum. City fathers in Pampa, Texas, confirm that the old Harris Drug Store is being converted into a kind of shrine to Guthrie's memory. It was at that drug store that he got his first guitar and, while behind its counters, wrote many of his early songs. In addition to being an archive of Guthrie memorabilia, promoters are hoping that musicians will eventually find the spot and play there in Woody's memory. Guthrie was only 55 when he died ... in New York City in the late 1960s. By the way, Arlo -- Woody's folk-singing son -- is carrying on his dad's tradition. His latest gig is next week in Wisconsin in Sheboygan; he has his own Web site, arlo.net in cyberspace.

It wasn't his ATM card that British pretty-boy rocker Robbie Williams swiped recently. A judge in London has ruled that Williams and his publisher have to fork over more than $70,000 because it was proven -- to the satisfaction of the court -- that Williams lifted a major portion of Woody Guthrie's "I Am the Way" for a song called "Jesus in a Camper Van." The song is from a recent Williams CD called "I've Been Expecting You." Court records show that no punitive damages were assessed. If you examine the lyrics of the two songs the plagiarism becomes evident. Published reports indicate that the Guthrie song, written in the 1960s and recorded by Loudon Wainwright III, included the line: "Every Son of God get a little hard luck sometimes, especially when he goes 'round saying he is the way." Williams' ballad contained the line: "I suppose even the Son of God get it hard something, especially when he goes round saying I am the Way." The case was complicated by the fact that Williams' publisher did credit the Wainwright version but no mention was made of its true origin.

BBC WRAPPING UP THE NAKED CHEF

During the past few years British chef Jamie Oliver has made a ton of money, cooking foods in a plain, unadulterated manner, gaining the title of "The Naked Chef." His show, produced by the BBC, has become a hit in more than 30 English-speaking countries and, along the way, Oliver has become rich and famous. Now, according to published reports, Chef Oliver can't come to terms with the show's producers and the BBC has decided to halt the broadcast. In spite of the loss of the popular show the BBC isn't fixing up any sour grapes. Executives seem to be resigned to the fact that their recipe for the unique show worked. Oliver became a millionaire. The BBC made a ton of money. Now Oliver will just have to cook up something else.

KIDMAN HONORED FOR ROLE IN 'ROUGE'

Popular Australian-born actress Nicole Kidman has been given the prestigious London film critics award for best actress for her role in the musical "Moulin Rouge." According to the news provider filmreview.com, the glitzy "Rouge" was also given the film of the year honor by the London Film Critics Circle Awards. Additionally, Kidman has been nominated by the Academy of Motion Picture Arts and Sciences for an Oscar this time around, in the best actress category, again for "Moulin Rouge." Billy Bob Thornton was awarded a statuette for his role in "The Man Who Wasn't There." By the way, one of the great actresses of the age, Helen Mirren -- who first wowed American audiences for her many roles on the BBC -- won best British actress honors for playing the housekeeper in "Gosford Park" and her part in "Last Orders." Ewan McGregor was honored by his fellow countrymen as best home-grown actor, also for "Moulin Rouge."

PAVAROTTI THANKS TV'S ROLE IN OPERA

It's a safe bet that most people don't think of television as being a major purveyor of opera. But, according to Luciano Pavarotti, TV has had a great impact on bringing the esoteric art form to the masses. Speaking in Santo Domingo, Dominican Republic, the tenor told reporters that over the years the medium has broadcast many of his performances and, without TV, millions would never have seen any opera at all. Pavarotti, now 66, was in the Dominican for a series of weekend recitals. Tickets went so quickly that it was standing-room-only by curtain time. Organizers are quoted as saying they hope to have him back in a few months for another set of concerts. Meanwhile, he continues to make occasional joint appearances with Placido Domingo and José Carreras, appearing as one of the Three Tenors.

MODEL ANGRY ABOUT USE OF PHOTO

One of the country's highest-paid models, Chris Collins, says he's more than miffed that a shot of him, done during a photo shoot for a clothing ad, is being used to hawk a cologne. The New York Post says that Collins is suing Russell Simmons and his Phat Farm company for running the ad in a recent Vanity Fair. Collins' face is used in the ad. He claims that he was paid for use of the image in a Ralph Lauren campaign but was not contacted before the head shot was used by Phat Farm for its new "premium" line of fragrances. Collins, who is part of the New York Models stable, says that were he paid, say $600,000, he'd be tickled to death and go away happy.

ADDITIONALLY: I watched "To Kill a Mockingbird" again last night ... for the umpteenth time. I had rented an expanded "anniversary" edition. It included new interviews with the old participants. I was saddened to see how much Gregory Peck has aged, but was fascinated to see the three kids in the movie who are now adults. Additionally, before seeing the video, I never put two and two together to realize that Robert Mulligan, who directed the film, is the brother of the late actor Richard Mulligan, of "Soap" fame. The resemblance was so striking that at first I thought the director was also the actor. Wonder if they were twins. I've exhausted all Web sites checking and can only find they were "brothers." Richard died in 2000.

You must think by reading this column that I hang out at the Wal-Mart too much, but it is the closest store to my apartment and it's one of those mega-stores that sells everything from dental floss to tire chains. Last night I decided to use one of the store's new automatic, ring-it-up-yourself checkout machines. It even talked to me and had a system that allowed me to weigh my produce, something many older machines didn't. So, here's today's question: "What has been your experience, if any, with do-it-yourself checkout lines?" Put CHECKOUT in the subject line and send to survey@upi.com on the Internet.

Last week we asked for your predictions about the future of the British monarchy. The question was suggested by the death of Princess Margaret and the recent tabloid "coverage" of the young royals. Here is a sampling of your replies: A really great set of thoughts arrived from 17-year-old Felicity. She writes that at least in her lifetime she doesn't expect things to change radically. She points out that "the tourism associated with the palace is too great for Great Britain to give up. Anyone who has seen the changing of the guard, or bought souvenirs in England can tell you that. Secondly," she says, "the ramifications for the Commonwealth would be too great." She also points out that many other countries are more familiar with the royals than are we Americans. Felicity, you should join UPI and be a commentator! Ali feels very much the same, saying that the younger royals have been "brainwashed" and trained to keep things as they are. Judy nearly cries that Lady Diana is now gone but says that her boys are carrying on the traditions. Pamela says much of the same thing but also pays tribute to the late Princess Grace of Monaco. Finally, RFB wonders if today's royals have the stamina necessary to keep things going. TOMORROW: A look at the overwhelming flood of answers to our "odor" question. If you're a smoker, you'd better sit this one out. Wednesday we'll check out your answers about people who "crash the line" at checkouts. GBA.

Odd News // 14 hours ago
Turkey crashes through window into Virginia home
Sept. 24 (UPI) -- Deputies and animal services officers in Virginia responded to a resident's home where a turkey crashed through a window and barricaded itself inside the bathroom. 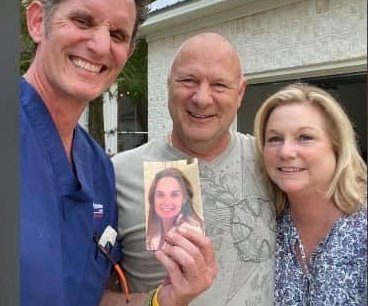 Odd News // 15 hours ago
Watch: Man reunited with hurricane-blown photo of late wife
Sept. 24 (UPI) -- An Alabama man whose beloved photo of his late wife was swept out of his vehicle by winds from Hurricane Sally was reunited with the picture thanks to some strangers and social media.

Odd News // 16 hours ago
New York MTA workers had secret 'man cave' under subway tracks
Sept. 24 (UPI) -- Investigators with New York's Metropolitan Transportation Authority said a group of employees were found to have maintained an illegal "man cave" in a storage room beneath the subway tracks.

Odd News // 19 hours ago
Watch: Horses run through streets of New Jersey city
Sept. 24 (UPI) -- Authorities in New Jersey said three horses were seen running loose through a city after dark, and one of the equines was caught on video with an unknown rider.