Clarinetist Buddy DeFranco was born this day in 1923 in Camden, N.J.

Pianist and songwriter Alec Wilder was born this day in 1907 in Rochester, N.Y. His compositions included "The Lady Sings The Blues" and "I'll Be Around." He also wrote the definitive book called "American Popular Song." Alec Wilder died in 1980.

This was also the day, in 1955, when cornetist Ruby Braff and pianist Ellis Larkins recorded their historic Village Vanguard duets. They followed it with a "Grand Reunion" recording on the Chiaroscuro label in 1972.

The Northeast Ohio Jazz Society Jazz Klatch begins its 2002 season this afternoon with "Ornette Coleman: The Shape of Jazz to Come NOW." It will take place at the Noble Road branch of the Cleveland Heights-University Heights Public Library, with Jim Szabo of WRUW-FM hosting.

In and around Chicago, the Cabin Fever Jazz Series featuring women in jazz continues this afternoon with Jackie Allen at the Gorton Community Center in Lake Forest. Scott Hall is at the Jazz Showcase tonight. The Sonny Turner quintet is at Joe's BeBop Café and Jazz Emporium. Kara Kesselring is at Philander's in Oak Park.

Elsewhere on the California jazz scene, saxophonist Chris Potter's quartet finishes out its week at the Jazz Bakery in Los Angeles. Trumpeter Roy Hargrove's quintet is at the Catalina Bar and Grill in North Hollywood for one more night. Singer Nancy Wilson is at Yoshi's in Oakland this afternoon and evening. Gary Rowe is at the Downtown restaurant in Berkeley. Eugene Huggins and Chris Goddard are at Saylor's in Sausalito. The Philip Greenlief trio is at Catos's Ale House in Oakland.

In San Francisco tonight, Kim Nalley and Paula West are at the Plush Room. Ricardo Scales and Friends are at the Top of the Mark. Don Asher is at the Bix Restaurant and Supper Club.

For those who prefer their Sunday jazz matinee-style, the Alcatraz Angels Jazz Band is at Dick's Restaurant in San Leandro. Saxophonist Anton Schwartz is at the Mirassou Winery in San Jose. The Calvin Keys trio is at the Palm Room at the Hyatt St. Claire in San Jose. Mal Sharpe's Big Money in Dixieland band is at the No Name Bar in Sausalito. Jules Broussard is at Sweetwater in Mill Valley. Drummer Kenny Washington's quartet is at The Jazzschool in Berkeley. The David Friesen quartet performs for the Bach Dancing and Dynamite society in Half Moon Bay.

The Marcus Miller band is at Dimitriou's Jazz Alley in Seattle tonight.

Odd News // 7 hours ago
World's largest snow maze nearly doubles in size
Feb. 24 (UPI) -- A Canadian snow maze that was certified as the world's largest by Guinness World Records is now almost twice as large to allow for social distancing, the owners said. 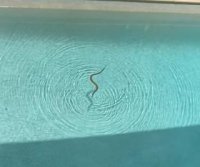