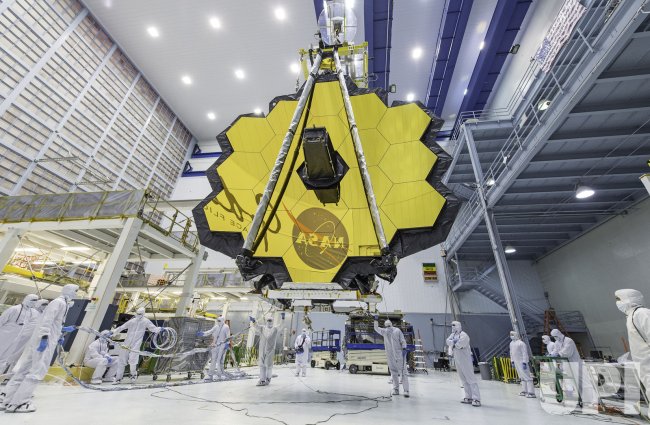 In this photo, released on April 25, 2017, NASA technicians lift the James Webb Space Telescope using a crane and moved it inside a clean room at NASA's Goddard Space Flight Center in Greenbelt, Maryland. Once launched into space, the Webb telescope's 18-segmented gold mirror is specially designed to capture infrared light from the first galaxies that formed in the early universe, and will help the telescope peer inside dust clouds where stars and planetary systems are forming today. The James Webb Space Telescope is the scientific successor to NASA's Hubble Space Telescope. It will be the most powerful space telescope ever built. Webb is an international project led by NASA with its partners, ESA (European Space Agency) and the Canadian Space Agency. NASA Photo by Desiree Stover/UPI