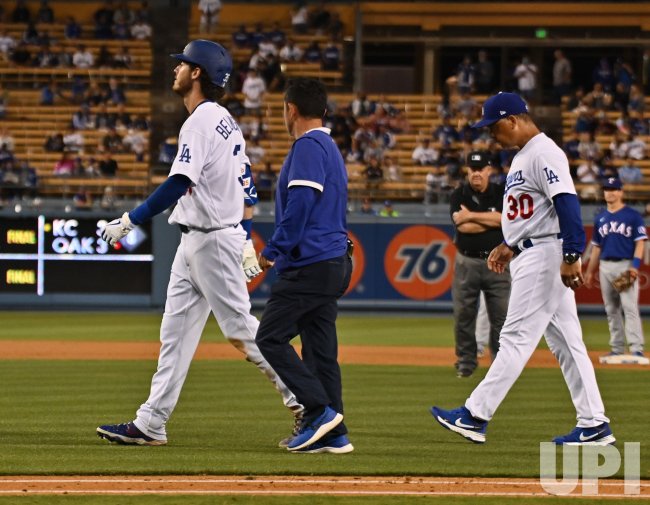 Los Angeles Dodgers Cody Bellinger is taken out of the game during the fifth inning after hitting an RBI single against he Texas Rangers at Dodger Stadium in Los Angeles on Friday, June 11, 2021. It was announced that he had tightness in his left hamstring and is considered day-to day. Manager Dave Roberts said Bellinger first felt his hamstring tighten while taking a pitch and not while running. The Dodgers defeated the Rangers 12.-1. Photo by Jim Ruymen/UPI