SCOTT AIR FORCE BASE NOT ON THE LIST OF BASE CLOSURES 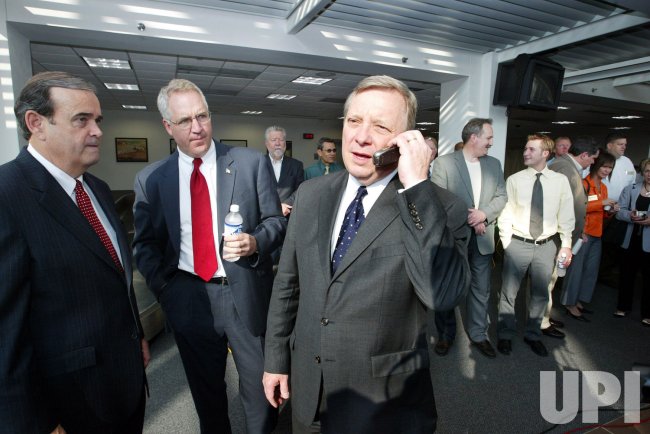 Sen. Dick Durbin (R) takes a call from Washington to hear the good news that Scott Air Force Base is not on the list of potential military bases to be closed as U.S. Rep. Jerry Costello (L) and U.S. Rep. John Shimkus (C) listen in, before a press conference at MidAmerica Airport in Mascoutah, IL on May 13, 2005. The Base Realignment and Closure (BRAC) list released by the Defense Department has recommended that 188 military bases be closed nationwide. Scott Air Force Base employs 14 thousand people and is home of the Air Force's Air Mobility Command. President Bush will make his final decision by September 8. (UPI Photo/Bill Greenblatt)