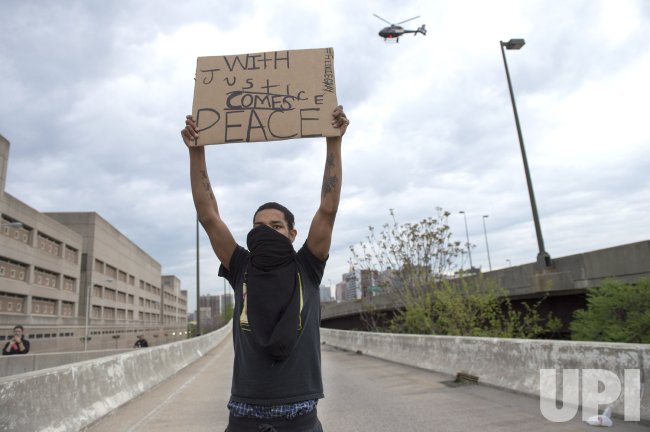 Caron Carroll, 18, of Baltimore blocks an off ramp to rt 83 during the Black Lives Matter May Day Action Protest to show support for Freddie Gray and all arrested protesters, in Baltimore, Maryland, May 1, 2015. Baltimore City state's attorney Marilyn Mosby, announced earlier today that the death of Freddie Gray was a homicide and said the six arresting officers will be charged. Gray, 25, who was arrested on April 12, died a week later in the hospital from spinal cord injury he received while in police custody. Photo by Kevin Dietsch/UPI