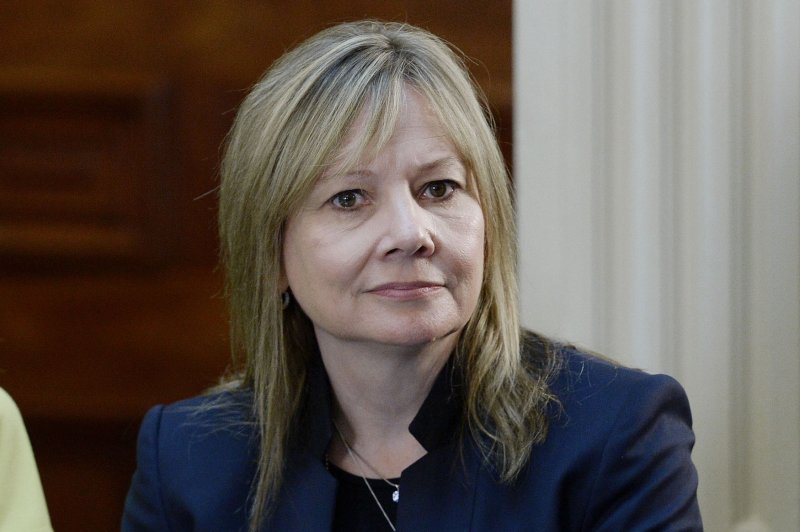 The automotive industry had more than 8,800 layoffs in March, including some at GM, led by CEO Mary Barra. File Pool Photo by Olivier Douliery/UPI | License Photo

April 4 (UPI) -- More than 60,000 workers were laid off in March, topping off the worst quarter for job cuts since 2015, outplacement firm Challenger, Gary & Christmas reported.

"Companies appear to be streamlining and updating their processes, and workforce reductions are increasingly becoming a part of these decisions. Consumer behavior and advances in technology are driving many of these cuts," said Andrew Challenger, vice president of the firm.

Retailers lead all sectors with more than 46,000 job cuts year-to-date, 239 percent higher than the first quarter of 2018.

"While retail is by far responsible for the highest number of cuts recently, the sector is also constantly hiring. In fact, the Home Depot announced it would hire 80,000 workers for the spring and summer months," Challenger said.

The automotive industry had more than 8,800 layoffs in March. In some cases, the automotive factories are pushing out older workers to bring in new talent.

"In order to move talent through the pipeline, we've seen a number of companies offer buyouts or voluntary severance packages to thousands of their workers," Challenger said.

General Motors closed its Lordstown, Ohio plant over protests from President Donald Trump, who urged CEO Mary Barra to keep it open or sell it to another manufacturer. GM has said it will make efforts to relocate workers if they want to stay with the company.

The energy sector had another 8,149 layoffs in March.

"Both auto and energy companies are pivoting in response to advances in technology and consumer demand for more efficiency. Companies in these sectors are attempting to attract talent who can compete with tech companies, like Apple and Tesla, which are beginning to compete in this space," Challenger said.

RELATED GM to invest $2.7B over 5 years at Brazil production plants

GM announced 400 new jobs would be coming to the Orion Assembly Plant in Michigan, where the all-electric Chevrolet Bolt is built and where a new all-electric vehicle will be produced.

Fears of an economic downturn are also driving the job cuts, the report said.

U.S. News // 28 minutes ago
Moscow Police looking for vehicle in Idaho student deaths
Dec. 8 (UPI) -- Moscow Police said Wednesday they want to speak to the occupants of a white 2011-2013 Hyundai Elantra in connection with the stabbing death of four University of Idaho students last month.