Something 'fishy' may help avoid or live longer with diabetes, studies suggest 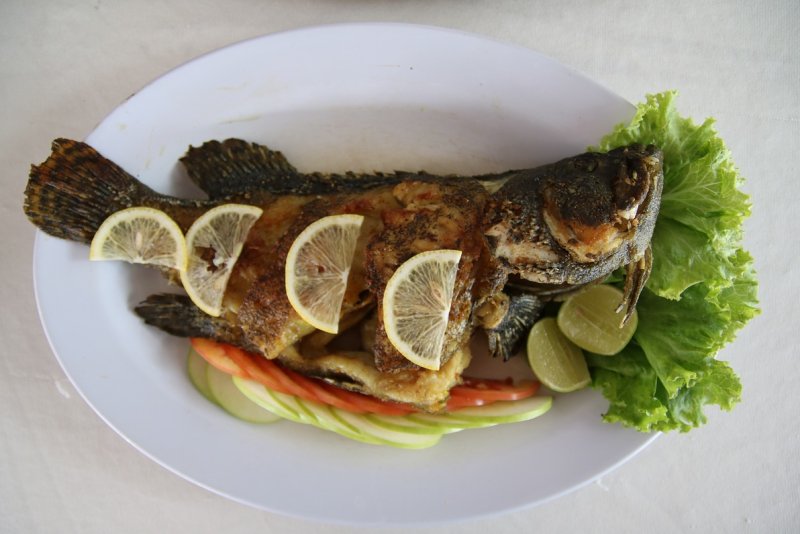 A diet that includes fish is a good bet for reducing the risk of getting diabetes or helping to live longer with the illness, two new studies suggest. Photo by aniamineeva/Pixabay

Sept. 15 (UPI) -- People may lower their risk of developing type 2 diabetes by eating moderate amounts of dairy products, especially yogurt and low-fat items, and by replacing red and processed meat with fish and eggs.

And they may lower their risk of dying from the common disease by eating whole grains, fiber, omega-3 fatty acids -- and more fish, along with vegetables and plant proteins.

That's the gist of two separate studies scheduled to be presented at the European Association for the Study of Diabetes annual meeting in Stockholm starting Monday.

In the United States, more than 37 million people have diabetes, and 1 in 5 of them don't know they have it, according to the Centers for Disease Control and Prevention.

CDC says eating well is the key to managing blood sugar for people with the illness.

In the first study, Italian researchers reviewed 13 meta-analyses looking at the links between a dozen animal-derived foods and type 2 diabetes.

By contrast, eating 50 grams a day of white meat was associated with a only a 4% increase in the chance of getting diabetes.

Dr Annalisa Giosuè, in the Department of Clinical Medicine and Surgery at the University of Naples Federico II, in Naples, Italy, said n a news release that dairy products are rich in nutrients, vitamins and "other bioactive compounds" that may favorably influence glucose metabolism -- the processing of sugar by the body.

In the second study, German scientists reviewed 45 meta analyses that investigated dietary factors and the risk of death from all causes in adults aged 18 and older with diabetes.

They found that adding one serving, or 20 grams a day, of whole grain from foods such as brown bread and rice or breakfast cereals was associated with about a 16% lower risk of death. Each serving per week increase in fish consumption was linked to a 5% reduced risk.

They said an additional 5 grams per day intake of dietary fiber, described as equivalent to a medium pear or two pieces of shredded wheat, reduced risk of death from all causes by 14%.

A daily increase of 100 grams of vegetables and 10 grams of plant proteins, such as nuts, tofu, beans, lentils and peas, was tied to 12% and 9% lower risk of death, respectively.

Dr. Janett Barbaresko from the German Diabetes Center in Düsseldorf, Germany, said the new analysis "indicates with reasonable certainty" that eating such a diet may help people with type 2 diabetes live longer.

Added Dr. Sabrina Schlesinger, also of the German Diabetes Center in Düsseldorf: If people with type 2 diabetes "add a few servings of whole grains, fiber, fish, plant oils and vegetables to their weekly diets, our results suggest it may be an easy and low-risk way to possibly improve their outcome."

Health News // 12 hours ago
Living near busy traffic may raise odds for tinnitus
People who live near traffic noise, especially when it continues at night, are more likely to develop the repetitive whistling or buzzing sounds in their ears known as tinnitus.

Health News // 20 hours ago
Those who return to work after loss of spouse may face increased challenges
People who returned to work within three months of losing a spouse had higher perceived stress levels and greater systemic inflammation than retirees who had lost their partner, a new study found.

Health News // 21 hours ago
Asking teens about suicide may raise odds they'll get help
Teens who were asked about their thoughts of self-harm were seven times more likely to be identified at-risk for suicide, and four times as likely to initiate treatment, a new study found.