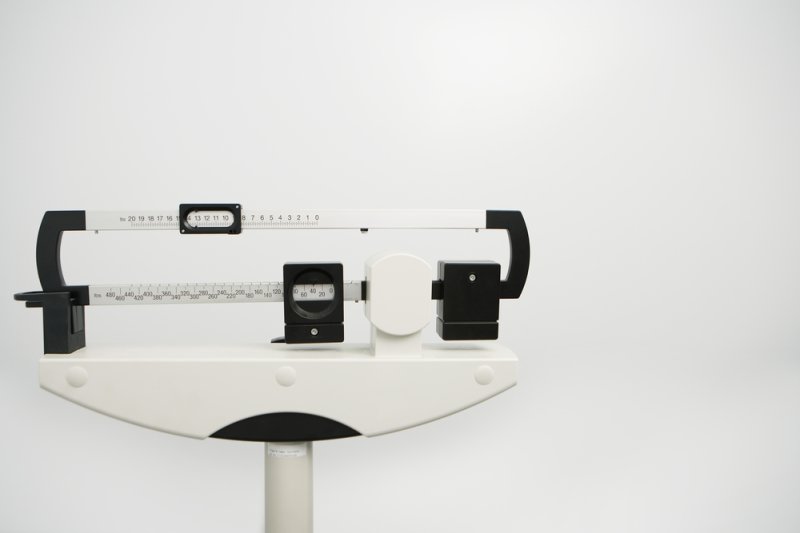 The rate of childhood obesity increased during the 2000s, occurred at younger ages, and hit more severe levels than in the 1990s, a new study showed. Photo by bikeriderlondon/Shutterstock

Despite reports that rates of childhood obesity are decreasing, kids seem to be packing on pounds at younger ages.

However, fast forward 12 years and just 69% of kids started kindergarten at a normal BMI, a new study finds.

And while the percentage of kids entering kindergarten who were overweight in 2010 didn't change from 1998, the percentage who were obese jumped to 15.3%, the study showed. That's about one in every seven kids.

"We were hoping we would see a decrease in the incidence of obesity," said study author Solveig Argeseanu Cunningham, an associate professor of global health and epidemiology at Emory University in Atlanta. "We were negatively surprised to find that this newer [group] of kids was experiencing obesity even younger and reaching higher levels of obesity than they were 12 years ago."

The new findings suggest that efforts aimed at getting kids to move more and make healthier food choices aren't working as well as hoped, she said.

For the study, the researchers compared rates of obesity in kids from kindergarten through fifth grade during two time frames: 1998 to 2004, and 2010 to 2016.

RELATED Obesity during adolescence may increase risk for Type 1 diabetes

The rate of childhood obesity increased during the 2000s, occurred at younger ages, and hit more severe levels than in the 1990s, the study showed.

Almost 29% more Black children were obese by fifth grade between 2010 and 2016, while obesity rates remained unchanged or decreased among other race and ethnic groups, the study showed.

"A lot of risks for obesity are set early in life before kids even get to kindergarten," Cunningham said. "This is the time to set up healthy relationships with food and mindful eating."

If children are overweight in elementary school, this doesn't mean they will be overweight or obese for life, she noted.

"Even though it's hard to lose weight in adulthood, this is not necessarily the case with kids," Cunningham said. "Kids can move into a healthy weight as they grow, especially if they stay active."

The findings were published online July 5 in the journal Pediatrics.

Michelle Toussaint, a psychologist at the National Center for Weight and Wellness in Washington, D.C., called the findings disheartening.

"Just prior to the COVID-19 pandemic, some data were suggesting that childhood obesity rates were starting to level off," said Toussaint, who was not part of the study.

"Unfortunately, this study, among others, refutes that hopeful belief, and things may have gotten even worse since ... COVID-19," she said, referring to the fact that kids were housebound during the pandemic. "It's likely that weight trajectories have worsened still."

A commentary published with the study pointed out that obesity patterns among Hispanic children show up by age 2, before white, Black and Asian children.

While the researchers suggest that interventions in kindergarten through fifth grade may have a larger impact in some ethnic and racial groups, it may be too late for other groups.

"Race and ethnic patterns in obesity prevalence from birth throughout childhood reveal that by the time children enroll in kindergarten, an important period for starting interventions in Hispanic children has already passed," wrote Cynthia Ogden, of the U.S. National Center for Health Statistics, and colleagues.

"This finding supports the American Academy of Pediatrics recommendation of a life-course approach to identify children 'early on the path to obesity' for primary prevention of obesity," they wrote.

The American Academy of Pediatrics offers tips on how families can eat healthier.

Health News // 3 hours ago
Ban on fruit-flavored e-cigarettes didn't reduce vaping
A new survey of adult e-cigarette users finds that after fruit-flavored vaping products were banned, most vapers switched to flavored products not covered by the ban, or even went back to smoking traditional cigarettes.

Health News // 3 hours ago
Sensor to monitor toilet sounds could identify cholera outbreaks
A small toilet-based sound sensor that can tell the difference between peeing, pooping and diarrhea may one day help prevent cholera outbreaks.

Health News // 21 hours ago
Mega-study: Omega-3s, folic acid, CoQ10 benefit heart, but beware of beta carotene
Dec. 5 (UPI) -- Instead of singling out vitamins and minerals that may help heart health, researchers hope their comprehensive review of many studies will pave the way for clinical trials to identify the best mix of micronutrients.

Health News // 23 hours ago
Epilepsy seizures may lead to more seizures
Seizures tend to get progressively worse over time in people with epilepsy, and a new study in mice suggests why that might be the case.