'Longevity' diet high in vegetables, with fasting, can add to lifespan, researchers say 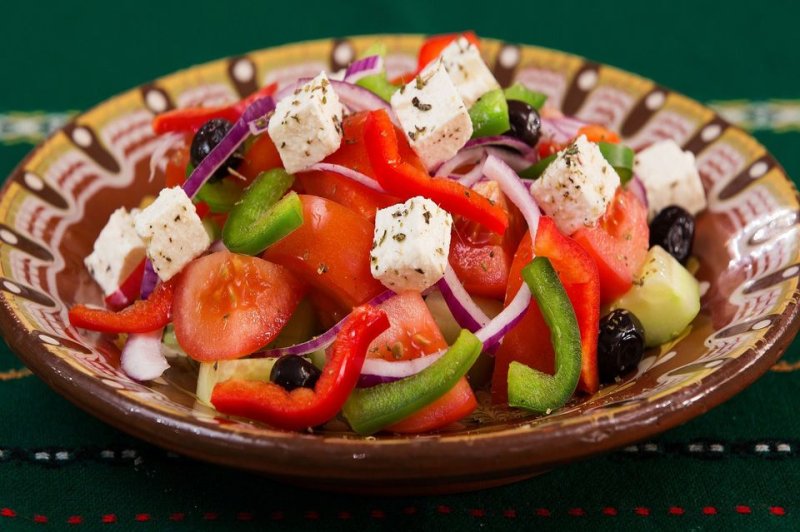 Researchers have outlined a "longevity" diet they say can boost life expectancy. Photo by pastel100/Pixabay

April 28 (UPI) -- Researchers at the University of Wisconsin have outlined what they call the "longevity diet," based on a century of data, that emphasizes certain foods and periodic fasting, they said, in an article published Thursday.

The review of data from hundreds of studies -- involving both people and animals -- showed diets high in legumes, or green vegetables, as well as whole grains, nuts and olive oil can add years to a person's life expectancy, the researchers said in an article published Thursday by the journal Cell.

Those who include other vegetables and some fish and dark chocolate, while avoiding red or processed meat and limiting white meat, such as chicken or pork, and sugar and refined grains can also boost longevity, they said.

Restricting food consumption to 12 hours per day and having several short fasting periods every year also helps, according to the researchers.

"We explored the link between nutrients, fasting, genes, and longevity in short-lived species, and connected these links to clinical and epidemiological studies in primates and humans, including centenarians," study co-author Valter Longo said in a press release.

"By adopting a multi-system and multi-pillar approach based on over a century of research, we can begin to define a longevity diet that represents a solid foundation for nutritional recommendation and for future research," said Longo, a professor of gerontology at the University of Southern California in Los Angeles.

Changing from a typical Western diet to one that includes more legumes, whole grains and nuts, and less red and processed meat as a young adult can add more than a decade to their life expectancy, an analysis published Tuesday by PLOS Medicine found.

Healthy diet habits have also been associated with a reduced risk for life-shortening health problems such as dementia and Type 2 diabetes, recent studies suggest.

For this study, Longo and co-author Rozalyn Anderson from the University of Wisconsin reviewed hundreds of studies on nutrition, diseases and longevity in laboratory animals and humans, citing well over 100 of them, and combined them with their own studies on nutrients and aging.

The analysis included popular diets, including the restriction of total calories, the high-fat and low-carbohydrate ketogenic diet, vegetarian and vegan diets and the Mediterranean diet.

The researchers also reviewed different forms of fasting, or avoiding food entirely for a certain period of time, such as a short-term diet that mimics the body's fasting response, intermittent fasting and periodic fasting, they said.

The characteristics of the optimal diet appear to be moderate to high carbohydrate intake from non-refined sources, low but sufficient protein from largely plant-based sources and enough plant-based fats to provide about 30% of energy needs, the data showed.

Daily meals would all occur within a window of 11 to 12 hours, allowing for a daily period of fasting, the researchers said.

In addition, a five-day cycle of a fasting or fasting-mimicking diet every three to four months may also help reduce insulin resistance, blood pressure and other health metrics associated with increased disease risks.

The longevity diet should be adapted to individuals based on sex, age, health status and genetics, according to the researchers.

For instance, people over age 65 may need to increase protein in order to counter frailty and loss of lean body mass associated with aging.

Those looking to optimize their diets for longevity should work with a healthcare provider who specializes in nutrition to personalize a plan focusing on smaller changes that can be adopted for life, rather than big changes that will cause potentially harmful losses of body fat and lean mass, they said.

The researchers plan to conduct a 500-person study in southern Italy, as the longevity diet bears both similarities and differences to the Mediterranean-style diets often seen in aging communities, Longo said.

"The longevity diet is not a dietary restriction intended to only cause weight loss but a lifestyle focused on slowing aging," Longo added.

"[It] can complement standard healthcare and, taken as a preventative measure, will aid in avoiding morbidity and sustaining health into advanced age," he said.

Health News // 6 hours ago
Cost of epilepsy drugs soars
Costs for epilepsy medications in the United States are skyrocketing, outpacing inflation and straining federal insurers Medicare and Medicaid, according to new research.

Health News // 6 hours ago
Hearing loss treatment moves forward despite early disappointment
NEW YORK, Dec. 5 (UPI) -- An innovative approach to treating hearing loss might be closer to reaching the market after a setback in the approval process, researchers behind the technology at Frequency Therapeutics told UPI.

Health News // 4 days ago
Two veterinary drugs may help eliminate bedbugs
Two common drugs that veterinarians use to kill parasites on pets could be the solution to getting rid of bedbugs.

Health News // 4 days ago
Supply can't meet demand as diabetes drugs' use surges for weight loss
WASHINGTON, Dec. 1 (UPI) -- Because of a national shortage of a weight-loss drug called Wegovy, some diabetics have found it hard to obtain a medication intended to improve blood-sugar control but stimulates weight loss, as well.
Advertisement