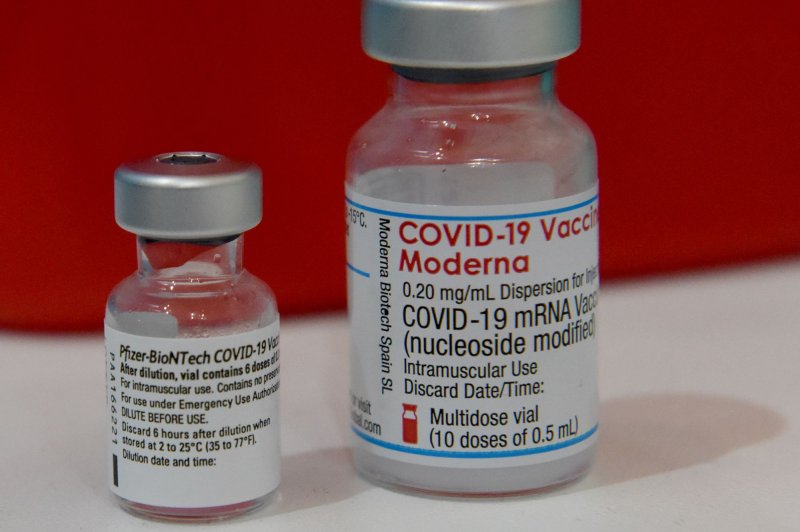 Nov. 17 (UPI) -- Booster doses of the COVID-19 vaccine provide vital additional immunity to cancer survivors and those receiving treatment for the disease, according to a study published Wednesday by the journal Cancer Cell.

One group of cancer patients with detectable antibodies, which are proteins produced by the immune system to fight off infections, saw their levels decline four to six months after receiving their second dose of either the Moderna or Pfizer-BioNTech vaccine, the data showed.

In a second group, 64% had detectable antibodies, while the remainder did not, the researchers said.

However, after all patients in the study received a booster dose of a COVID-19 vaccine, 80% had antibody levels that were higher than before they received their booster shot.

In addition, 56% of those who previously had no detectable antibodies after standard vaccination had them after receiving their booster shot, they said.

"We've been learning how devastating COVID-19 can be not just for the general population, but in particular for our cancer patients," study co-author Dr. Lauren Shapiro told UPI in a phone interview.

"These patients responded incredibly well to the booster vaccination, even those who had no detectable antibodies after their initial round of vaccination," said Shapiro, a third-year hematology/oncology fellow at Montefiore Medical Center and Albert Einstein College of Medicine in New York City.

This means that these patients have "some protection" against COVID-19, she said.

The Food and Drug Administration in October announced that booster doses of the COVID-19 vaccines are recommended for people in certain at-risk groups, including people with cancer and those under treatment for the disease.

Cancer can weaken the body's immune system as can some forms of chemotherapy, which is among drugs used to treat the disease.

As a result, many cancer survivors and cancer patients in treatment are considered "immunocompromised," so they may be more susceptible to COVID-19 and need additional doses of the vaccines to fight off the virus, Shapiro said.

Earlier studies have shown that the vaccines are safe for people with cancer.

For this study, Shapiro and her colleagues assessed the antibody response in 187 cancer patients at Montefiore who were fully vaccinated against COVID-19.

More than three-fourths of the participants were undergoing cancer treatment at the time of the study.

Of the participants, 88 received a booster dose of the vaccine at least 28 days after their second dose of either the Moderna or Pfizer-BioNTech vaccines, both of which require two shots, or one dose of the Johnson & Johnson vaccine.

Among participants, 70% were vaccinated with the Pfizer-BioNTech vaccine, 25% with Moderna and 5% with Johnson & Johnson, the researchers said.

Participants who received the booster were an average age of 69 and almost evenly split between men and women. In addition, 65% had blood cancer and 35% had a solid tumor.

Cancer survivors and those undergoing treatment may want to check in with the oncologists before getting vaccinated against COVID-19 or receiving a booster dose, but previous studies suggest there is no reason for them to avoid the shots, Shapiro said.

An oncologist may "recommend specific timing for their booster vaccination depending on each patient's specific situation," Shapiro said.

Health News // 8 hours ago
Study: Residents of 'redlined' neighborhoods at higher risk for death from COVID-19
May 17 (UPI) -- Neighborhoods "redlined" by mortgage lenders nearly a century ago due to higher populations of racial and ethnic minorities saw more deaths from COVID-19 than White-majority areas, a study presented Tuesday found.

Health News // 10 hours ago
COVID-19 death rates higher for Black, Hispanic working-age adults
May 17 (UPI) -- Black and Hispanic adults in the United States died from COVID-19 at rates nearly eight times as high as those seen by White adults during the pandemic.

Health News // 17 hours ago
Study: Survivors of wildfires face greater risk of cancer
Canadian research shows that wildfires may increase the risk for lung and brain cancer over time.