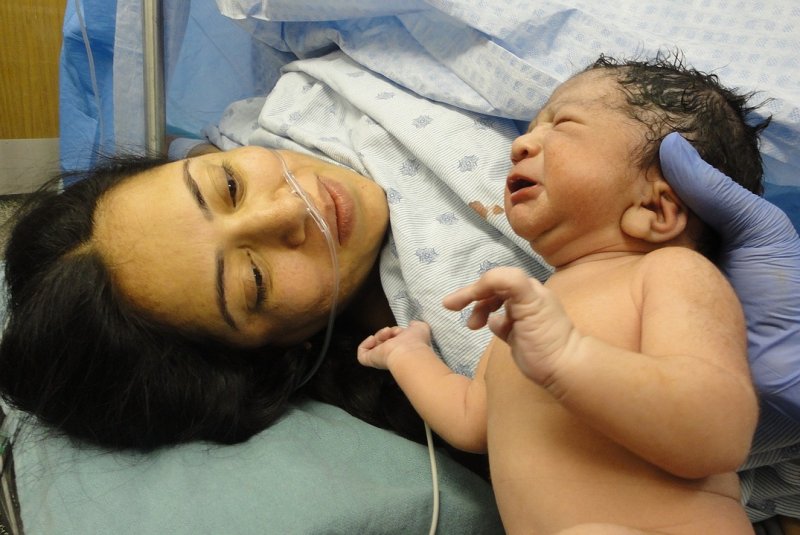 Pregnancy and delivery complications result in  billions of dollars in healthcare and lost productivity costs, according to a new report. Photo by Sanjas/Pixabay

Nov. 12 (UPI) -- Pregnancy and delivery complications for all births in 2019 will cost the United States more than $30 billion in healthcare expenses, lost productivity and social support services, according to a report released Friday.

The total costs, $32.3 billion, cover the period from conception through the first five years of children's lives, though two-thirds of that will be incurred before the children turn 1, according to data from Mathematica and the Commonwealth Fund.

At nearly $14 billion, children delivered preterm in 2019 will generate the highest costs, followed by those born with developmental disorders, at $6.5 billion, and respiratory distress, at $2.1 billion, the researchers said.

Mothers who experienced pregnancy and delivery complications as a result of 2019 childbirths will generate nearly $7 billion in lost productivity. In addition, they will incur $895 million in Caesarean section delivery costs and $350 in hospital stays shortly before or following childbirth.

Maternal mental health disorders will be the biggest medical driver of both medical and non-medical costs, at $18.1 billion, followed by hypertensive disorders of pregnancy, at $7.5 billion, and gestational diabetes, at $4.8 billion, the researchers said.

"Our findings highlight the need for more societal investments in maternal health, an area where the United States performs poorly in comparison to other developed nations, despite having the resources to prevent morbidity and mortality," report co-author So O'Neil said in a press release.

"We show that the costs of maternal morbidity affect not only birthing people and their families, but also all of us," said O'Neil, a senior researcher at Princeton, N.J.-based data analytics organization Mathematica.

Up to half of all women in the United States experience pregnancy or delivery complications, research suggests.

The model, however, most likely underestimates the full financial burden of maternal health complications to society, such as the emotional toll on people giving birth and their family, which can affect work performance, overall health and more, the researchers said.

There is a pressing need for more comprehensive and culturally appropriate maternal care, while also ensuring that birthing people have access to healthcare before pregnancy, according to the researchers.

This would allow them to enter pregnancy healthier, begin prenatal care earlier and avoid developing conditions that can lead to severe maternal morbidity.

In addition, policies that extend postpartum Medicaid coverage for up to one year would help address key physical and mental health needs following birth, they said.

"We know that lack of investment in maternal health and wellness hurts families across the country. Prioritizing health system investments in maternal health and ensuring equitable access to care will be critical," said Zephyrin, vice president for advancing health equity at the Commonwealth Fund, an organization that funds independent analysis of public healthcare issues.