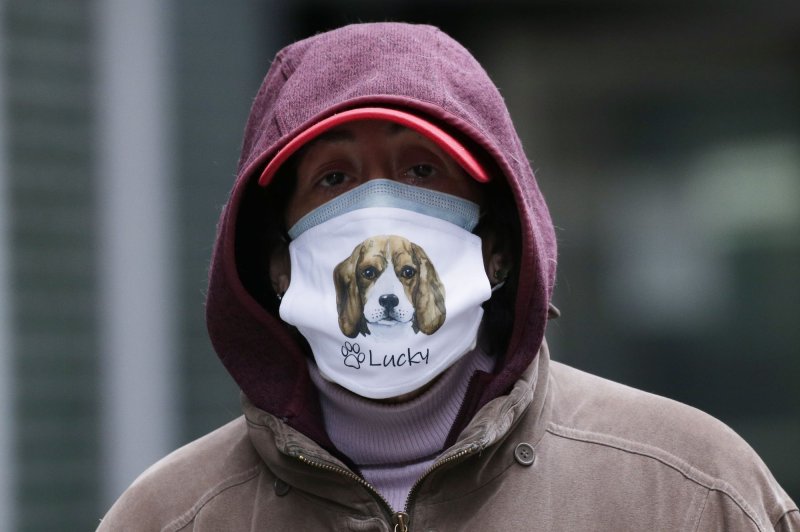 Researchers in England detected the Alpha, or U.K., variant of COVID-19 in dogs and cats of people who had been diagnosed with the coronavirus, according to a new study. File Photo by John Angelillo/UPI | License Photo

Nov. 5 (UPI) -- Two cats and one dog tested positive for the Alpha variant of COVID-19, first identified in England in September and commonly referred to as the "U.K. variant," according to a study published Friday by the Veterinary Record.

In addition, two other cats and one dog had evidence of antibodies against the virus two to six weeks after they developed heart disease, the researchers said.

COVID-19 is known to cause heart complications in those who develop severe symptoms.

Many owners of the pets in the study had developed respiratory symptoms several weeks before their pets became ill and tested positive for COVID-19, according to the researchers.

"Our study reports the first cases of cats and dogs affected by the COVID-19 alpha variant," study co-author Luca Ferasin said in a press release.

It also "highlights, more than ever, the risk that companion animals can become infected with [COVID-19]," said Ferasin, a veterinarian at the Ralph Veterinary Referral Center in Marlow, England.

The Alpha variant may be more contagious than the strain of the virus first identified in Wuhan, China, and it may cause more serious illness, according to the World Health Organization.

Early in the pandemic, reports in Hong Kong indicated two dogs had been infected with COVID-19.

The animals were quarantined, despite there being no evidence suggesting that domesticated animals can transmit the virus to humans.

A study published earlier this year, however, reported cases of human-to-cat transmission.

The animals in this study were evaluated for COVID-19 because their owners had tested positive for the virus, the researchers said.

In addition, they also showed signs of rapid-onset heart disease, including severe myocarditis, or inflammation of the heart muscle, a known complication of the virus.

Although this "is a well-recognized complication in people affected by COVID-19, [it] has never described in pets before," Ferasin said.

"However, COVID-19 infection in pets remains a relatively rare condition and, based on our observations, it seems that the transmission occurs from humans to pets, rather than vice versa," he said.