Many female family doctors face sexual harassment, but most remain satisfied with their careers, a new study finds.

Researchers surveyed 315 women physicians in family practices from 49 countries and found that 75% said they were satisfied or extremely satisfied with their work conditions and their career.

"Despite all obstacles in the work environment, especially regarding the pay and administrative burden and lack of personal time, women family physicians are satisfied with their careers," said study author Jumana Antoun, an associate professor/clinical specialty in the family medicine department at American University of Beirut.

However, 56% said it was difficult or very difficult to advance in their careers, and only 39% said their work conditions and career satisfaction was similar to their male colleagues.

RELATED Dozens in DRC sexually abused by WHO, other aid workers, investigation finds

There were no country- or income-related differences in the overall satisfaction of the women physicians, according to the study published Tuesday in the journal Family Practice.

"It is possible that they pursued this specialty for intrinsic qualities of the family medicine specialty and connection with patients rather than reasons of money and status," Antoun said in a journal news release.

"Nevertheless, this does not mean that employers should not work on improving their work environment and make it safer and equitable with men doctors," Antoun said.

The proportion of women in family medicine is increasing -- they accounted for about 54% of U.S. family medicine residents in 2019 -- so their well-being and job satisfaction is important, particularity given the scarcity of family medicine physicians, according to the researchers.

It noted that female primary care doctors earn 18% less than their male counterparts, and that women have higher burnout rates and more obstacles to promotion, leadership opportunities, sponsorships and mentorships.

The Association of American Medical Colleges outlines how the nation's physician workforce is changing.

Health News // 2 minutes ago
Marijuana may not improve sleep for some people, study suggests
Many folks turn to pot to help them relax and get a good night's sleep, but new research finds the practice may do the exact opposite.

Health News // 8 hours ago
1 in 3 U.S. children lack adequate health insurance, study finds
A new study found that 34% of U.S. kids under 17 were "underinsured" in 2019, meaning their insurance failed to address overall needs, ensure access to providers, had high out-of-pocket costs or wasn't always in effect.

Health News // 9 hours ago
Vaccination strengthens antibodies in people who have had COVID-19
Yet another study shows that a combination of vaccination and previous infection may provide better protection against new COVID-19 variants than either one alone.

Health News // 14 hours ago
Black, Hispanic people in U.S. less likely than White people to receive opioids
Dec. 7 (UPI) -- Black and Hispanic adults in the United States were less likely to be given opioids for pain management than White adults in 1990s, when they were new to market, but now are more likely to receive them, a new study says.

Health News // 23 hours ago
Study: COVID-19 pandemic sent blood pressure of people in U.S. skyward
Data covering almost half a million middle-aged Americans shows that about 27% saw their blood pressure go up significantly in 2020 after COVID-19 restrictions unfolded compared to the previous year. 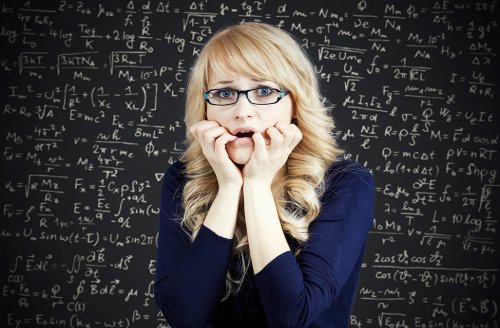