Mixing and matching booster shots for the three COVID-19 vaccines available in the United States is safe and effective, a new study suggests. File Photo by Keizo Mori/UPI | License Photo

Oct. 13 (UPI) -- Mixing COVID-19 vaccines for booster doses is safe and effective, according to the results of a National Institutes of Health-led study released Wednesday.

This means receiving a booster dose of a vaccine that's different from the shot type given initially provides enough immunity to protect against the virus and that any serious side effects remain rare, the researchers said.

However, the Moderna and Pfizer-BioNTech vaccines generate a stronger immune system response than Johnson & Johnson, even after two doses of the latter, the data showed.

People who received the Johnson & Johnson vaccine had higher antibody levels after receiving a booster shot made by Moderna or Pfizer-BioNTech compared with those given a booster from Johnson & Johnson, according to the researchers.

Antibodies are proteins produced by the immune system to fight off infections, and vaccines are designed to boost their levels in response to viruses.

The study was posted online and has yet been peer-reviewed for publication in a medical journal.

However, the findings will be presented on Friday to the Food and Drug Administration's advisory committee on vaccines, according to the Centers for Disease Control and Prevention.

The Advisory Committee on Immunization Practices is set to meet Thursday and Friday to consider recommending the agency authorize a booster shot of the Moderna and Johnson & Johnson vaccines.

To date, only booster doses of the two-shot Pfizer-BioNTech vaccine have been cleared.

For the study, 458 volunteers were given vaccine boosters four to six months after receiving an initial vaccination with one of the three approved vaccines.

Participants were divided into different groups based on their original immunizations and were given one of three boosters made by Pfizer-BioNTech, Moderna or Johnson & Johnson.

For example, those originally given Moderna's two-dose vaccine received either a matching booster or a "mixed" one from either Pfizer-BioNTech or Johnson & Johnson, they said.

Participants' antibody levels were measured two and four weeks after the boosters were administered, the researchers said.

Boosters increased antibody levels by up to more than 50-fold, suggesting they significantly added to the immune protection offered by the vaccines, the data showed.

Health News // 2 hours ago
Study: 'Long COVID' can last a year after recovery
Patients suffering from "long COVID" can have symptoms that last a year or more, putting their jobs and everyday routines in jeopardy, a new study finds. 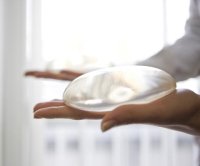 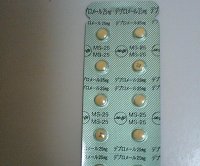 Health News // 15 hours ago
Study: Too little vitamin D may raise colon cancer risk in Black women
Black women in the U.S. with low levels of vitamin D have higher odds of developing colon cancer, according to a new research that echoes previous findings in White women.