Most people in the United States are struggling to keep up with medical bills since the start of the pandemic, a new survey has found. File Photo by John Angelillo/UPI | License Photo

July 16 (UPI) -- Nearly half of adults in the United States diagnosed with COVID-19 or who lost income during the pandemic struggled to keep up with medical bills, a survey released Friday by the Commonwealth Fund found.

These financial hardships were particularly common among people of color, with 55% of Black adults and 44% of Hispanic adults surveyed reporting problems with medical bills and debt, compared to one-third of White adults, the data showed.

One-third of adults surveyed said their income fell during the pandemic, but this was true for 44% of Black adults and 45% of Hispanic adults, the researchers said.

Even those with health insurance were affected, with more than one-third of insured adults and half of uninsured adults indicating that they were paying off medical debt, according to the researchers.

Just over one-third of working-age adults with employer-based health insurance coverage reported medical bill or debt problems, as did 46% of those with individual and marketplace plans, the survey found.

"Even before the pandemic, people were struggling with inadequate health coverage and mounting medical debt," Commonwealth Fund president Dr. David Blumenthal said in a press release.

"Now, the administration and Congress have an opportunity to ensure not only that all U.S. residents have health insurance but that the coverage is affordable and comprehensive," he said.

RELATED COVID-19 diagnosis may be more expensive in 2021, study suggests

The stated mission of the Commonwealth Fund, which was established by philanthropist, Anna M. Harkness in 1918 and is based in New York City, is to promote a high-performing healthcare system that achieves better access for society's most vulnerable.

For this project, the foundation surveyed 5,450 adults in the United States ages 19 to 64 years -- with most responding to an online questionnaire -- between March 9 and June 8.

Forty-five percent of respondents said they contracted COVID-19, lost income or lost their health insurance during the pandemic, causing them to fall behind on medical bills, the data showed.

Among respondents, 6% of working-age adults lost job-based coverage, either through their own job or that of a spouse, partner or parent, since the beginning of the pandemic in March of last year, the researchers said.

For respondents with medical debt, 35% said they had used up most or all their savings to pay their bills, while 27% reported that they were unable to pay for basic necessities such as food, heat or rent, according to the researchers.

Of these, 67% gained coverage elsewhere, the data showed. However, 30% of people who lost coverage through their job and did not get benefits through COBRA were without coverage for four to 11 months later, while 16% were uninsured for a year or more, the researchers said.

Similarly, expanding Medicaid in the 13 states that have not yet done so would cover an estimated 2.3 million uninsured people, it said.

"The survey ... shows that health insurance in America is not protective enough," Sara R. Collins, Commonwealth Fund vice president for healthcare coverage, access and tracking, said in a press release.

"The persistent coverage inadequacy and vulnerability among U.S. working-age adults is compromising their ability to get the care they need and leaving many with medical debt at a moment when they should be recovering after months of financial insecurity," she said. 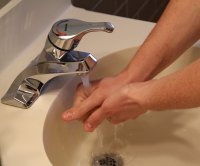 Health News // 1 hour ago
Online therapy effective, cheaper than in-person sessions for kids with OCD
July 30 (UPI) -- Children with obsessive-compulsive disorder benefit from regular sessions with professional therapists conducted virtually over the Internet, according to a study published Friday by JAMA Network Open. 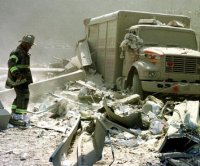 Health News // 3 hours ago
9/11 first responders with high exposure to dust at increased liver disease risk
July 30 (UPI) -- First responders who arrived at the World Trade Center immediately after the Sept. 11, 2001, terrorist attacks were more likely to develop liver disease than those who worked at the site during rescue and recovery.

Health News // 11 hours ago
Study: More than half of people in U.S. plagued by back, leg pain
There's much Americans may disagree on, but many share one thing in common: chronic pain.