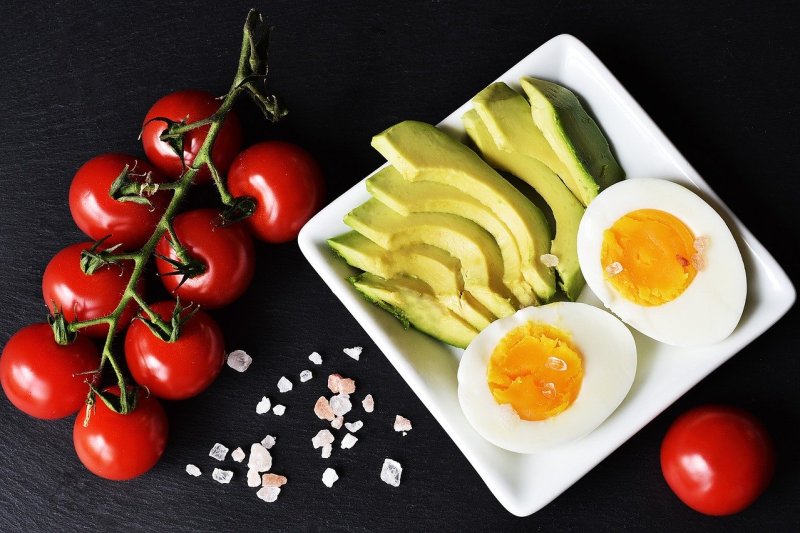 The keto diet may help recovery in people with brain tumors, according to a new study. Photo by zuzyusa/Pixabay

July 7 (UPI) -- A high-fat, low-carbohydrate diet boosts recovery in people undergoing treatment for brain tumors, according to a study published Wednesday by the journal Neurology.

Study participants who completed radiation treatment and chemotherapy and changed their diets saw changes in the metabolism in the body and the brain.

While these effects were seen from the diet, researchers caution that the study was not designed to determine whether the diet slows tumor growth or improves survival in people treated for brain tumors.

"These cancer cells rely on glucose, or sugar, to divide and grow. Since the ketogenic diet is low in sugar, the body changes what it uses for energy -- instead of carbohydrates, it uses what are called ketones," study co-author Dr. Roy E. Strowd said in a press release.

"Normal brain cells can survive on ketones, but the theory is that cancer cells cannot use ketones for energy," said Strowd,a neurologist and oncologist at Wake Forest School of Medicine in Winston-Salem, N.C.

The diet has been linked with weight loss, as well as reduced blood sugar in people with diabetes, and it has been found to reduce seizure activity in children with epilepsy and improve symptoms in people with mental health disorders.

For this study, Strowd and his colleagues tracked 25 people with astrocytomas who followed a type of ketogenic diet -- the modified Atkins diet with intermittent fasting -- for eight weeks.

Participants' diets included foods such as bacon, eggs, heavy cream, butter, leafy green vegetables and fish. They followed the plan for five days a week, practicing intermittent fasting on the other two, under the guidance of a dietitian.

Of the initial participants, 21 completed the study, and 12 followed the diet completely throughout.

Urine tests showed that 80% of the participants reached the level where their body was primarily using fats and protein for fuel, rather than carbohydrates or sugars.

By the end of the study, those who followed the diet saw reductions in hemoglobin A1c, or blood sugar, levels as well as insulin levels and fat body mass, while lean body mass increased.

Specialized brain scans that detect changes in brain metabolism showed an increase in concentrations of ketones and metabolic changes in participants' tumors, which may indicate that they grow using energy from sugars, but not fats or ketones, the researchers said.

Of the 21 patients who completed the study, two people had serious side effects during the study, but only one was possibly related to the diet.

"There are not a lot of effective treatments for these types of brain tumors, and survival rates are low, so any new advances are very welcome," Strowd said.

"These results show that the diet can be safe for people with brain tumors and successfully produce changes in the metabolism of the body and the brain," he said.

Health News // 18 hours ago
PFAS 'forever chemicals' linked to common liver cancer
A chemical called perfluooctane sulfate (PFOS) has been linked to the most common type of liver cancer, a new study indicates.

Health News // 1 day ago
FDA authorizes altered monkeypox dosing regimen to increase doses five-fold
Aug. 10 (UPI) -- The U.S. Food and Drug Administration has authorized an alternative dosing regimen of the monkeypox vaccine that will increase the total number of doses available five-fold amid a nationwide shortage of the medicine.