Rideshare services such as Uber can help reduce injuries from motor vehicle accidents by discouraging drunk driving, a new study has found. File Photo by Will Oliver/EPA-EFE

June 9 (UPI) -- The availability of rideshare services such as Uber and Lyft in Houston reduced the number of convictions for impaired driving in the city by 24% during a six-year period, a study published Wednesday by JAMA Surgery found.

Over the same period, the city saw a similar drop in the number of injuries from motor vehicle crashes, the data showed.

The increased availability of these rideshare services could help discourage people from driving while impaired -- on either drugs or alcohol -- and thus lower the rate of injuries from automobile accidents, the researchers said.

The findings are likely applicable to other cities and towns nationally, they said.

"Rideshares are a convenient and reliable way to get home after going out," study co-author Dr. Christopher Conner told UPI in an email.

"This is a vital piece of the discussion when we discuss what services rideshares offer and what we are willing to pay for them," said Conner, a neurosurgery resident at the University of Texas Health Science Center at Houston.

Accidents, including motor vehicle crashes, cause more than 170,000 deaths in the United States each year, a figure that trails only heart disease and cancer, according to the Centers for Disease Control and Prevention.

About one-third of all motor vehicle crashes nationally involve at least one driver under the influence of alcohol, the National Highway Traffic Safety Administration estimates.

Such accidents are associated with more severe injuries than those involving unimpaired drivers, Conner and his colleagues said.

As many as 33% of customers of services such as Uber and Lyft use them to avoid driving while impaired, based on data from Mothers Against Drunk Driving.

For this study, Conner and his colleagues analyzed data on more than 23,000 motor vehicle crash injuries, nearly 94,000 impaired driving convictions and more than 24 million Uber rides in Houston between 2007 and 2019.

Between the introduction of Uber in Houston in February 2014 and the end of 2018, injuries from motor vehicle crashes decreased by 24% during peak periods on Friday and Saturday nights, the data showed.

From January 2014 through the end of 2019, which coincided with the availability of Uber, convictions for impaired driving in the city also fell by 24%.

"This finding is important as car accidents are a leading cause of death and disability in the U.S., and it has been challenging to combat this epidemic," he said.

Health News // 38 minutes ago
COVID-19 death rates higher for Black, Hispanic working-age adults
May 17 (UPI) -- Black and Hispanic adults in the United States died from COVID-19 at rates nearly eight times as high as those seen by White adults during the pandemic. 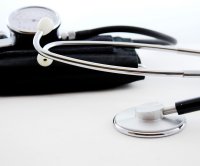