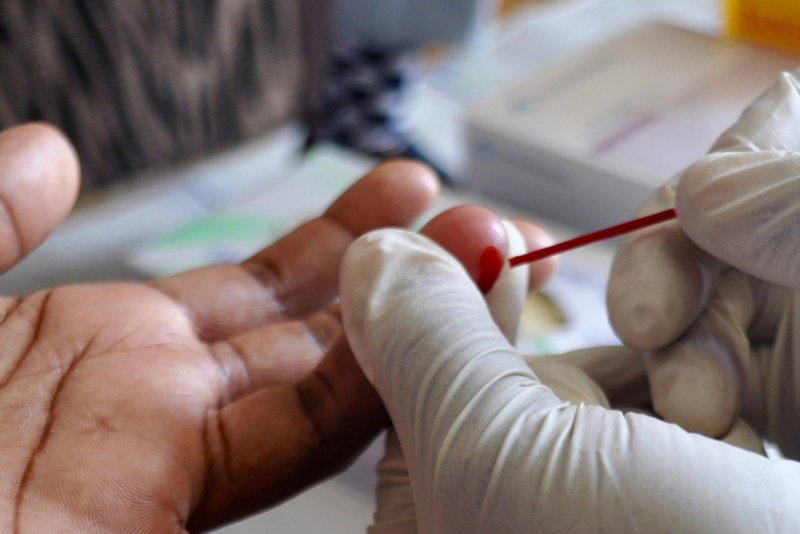 April 28 (UPI) -- A new test accurately predicts who faces the highest risk for hospitalization, ventilator-supported breathing and death from COVID-19, according to an analysis published Wednesday by the journal mSphere.

The two-step test, which combines a newly developed disease risk factor score with conventional blood screening for virus antibodies, was more than 92% accurate at identifying those who would experience serious illness, the data showed.

The test can be administered during COVID-19 screening to help guide treatment before the most severe symptoms appear, the researchers said.

"We found an antibody that can be detected for predictive diagnosis really early in the disease, within one to six days after the first COVID symptoms [appear]," study co-author Gregory Weiss told UPI in an email.

"Such information could help direct therapeutic interventions toward patients who need the most help early on in the course of the disease, when it's the most treatable," said Weiss, a chemical biologist at the University of California, Irvine.

The technology used in the test, specifically to identify antibodies, is "readily available in labs," according to Weiss.

Antibodies are cells produced by the immune system to fight off viruses, but not all of them are effective at doing so, he said.

Earlier research has indicated that the coronavirus has more than 55 epitopes, or sites on a virus that antibodies can attack, Weiss and his colleagues said.

Using currently available virus analysis technology, the researchers identified an antibody, epitope 9, that attaches to the coronavirus, but does not appear to provide protection against it.

They assessed the accuracy of their test on a group of 86 people who had tested positive for COVID-19.

Patients whose tests revealed the presence of epitope 9 antibodies in their blood were more likely to have prolonged illness and worse outcomes than people without the antibodies, the data showed.

In addition, of the 23 people in the study who did have epitope 9 antibodies, a high disease risk factor score predicted illness severity with more than 92% accuracy, the researchers said.

"A group of patients ... we tested are producing the wrong antibodies and also have risk factors that predispose them to very severe COVID-19 disease," Weiss said.

"The combination of wrong antibodies and disease risk factors distracts their immune system and makes its response flawed, resulting in ICU care, ventilator-assisted breathing or death," he said.

Another test, revealed Tuesday by researchers at Wayne State University, uses urine to detect proteins called cytokines, levels of which may indicate patients at greater risk for severe COVID-19.

Researchers said the urine test requires further confirmation in more patients before it is used clinically.

Health News // 2 hours ago
Many parents are lax on fireworks safety to protect kids
Many U.S. parents don't take proper precautions to protect their children from fireworks-related burns and injuries, claims a new survey released just ahead of the Fourth of July.

Health News // 5 hours ago
Newly identified gene may be reason women have greater risk of Alzheimer's
WASHINGTON, June 30 (UPI) -- New research has identified a novel gene for Alzheimer's disease in women, furthering efforts to explain why the disease is more prevalent in females than males.

Health News // 21 hours ago
Using inflatable neck rings in water can seriously injure infants, FDA warns
Neck floats marketed for babies to use in water can lead to serious injury or death, the U.S. Food and Drug Administration warned this week.

Health News // 1 day ago
Strain of MRSA 'superbug' in pigs can jump to humans
A strain of the superbug MRSA has emerged in pigs that is highly resistant to antibiotics and a growing cause of human infections.