More than 10% of women in U.S. use tobacco, CDC reports

More than one in 10 women in the United States report tobacco use, according to the Centers for Disease Control and Prevention. Photo by sarahjohnson1/Pixabay

April 15 (UPI) -- More than one in 10 women in the United States say they smoke cigarettes or e-cigarettes, according to figures released Thursday by the Centers for Disease Control and Prevention.

However, use of tobacco products varies from state to state, with just under 7% of women in California reporting cigarette or e-cigarette smoking, but as many as 75% of those in West Virginia doing so, the data showed.

About 20% of women in Kentucky and Oklahoma report tobacco use, while smoking rates are about 15% or more in many states: Alabama, Arkansas, Indiana, Iowa, Kansas, Maine, Mississippi, Missouri, Montana, Nebraska, North Dakota, Ohio, Pennsylvania, South Dakota, Tennessee, Wisconsin and Wyoming, the agency said.

Current tobacco use is highest among women ages 45 to 64, at just over 14%, and among those of American Indian and Alaska Native origin, at 21%, according to the CDC.

However, tobacco use among women has declined since 2017, when 14% reported smoking cigarettes or e-cigarettes, the agency said.

"Multiple social, environmental, and personal factors influence tobacco use among women," who, research indicates, may be more susceptible to peer pressure to take up the habit in their youth, they said.

The new data is based on an analysis of tobacco use among women in the United States in 2018 and 2019, the last year for which information is available, the CDC said.

Up to 40 million adults nationally use tobacco products, and the numbers have been on the decline since 2000, according to the CDC.

However, more than 200,000 women die annually from health complications related to smoking, primarily cancers, based on recent estimates.

For this analysis, CDC researchers surveyed nearly 75,000 adult women ages 18 years and older from all 50 states and Washington, D.C.

Participants were asked about their tobacco use in the past year, including cigarettes and e-cigarettes, or vaping devices, the researchers said.

Nationally, just under 12% of the women participants reported tobacco use, with 10% citing cigarette smoking and nearly 2% indicating that they vaped, the data showed.

Just over 1% of the participants said they used both products, the CDC said.

Women ages 35 to 44 were nearly three times as likely to report tobacco use compared to those ages 18 to 24 years, according to the agency.

In addition, they can highlight "that multiple tobacco product users are at increased risk for nicotine addiction and dependence," they said. 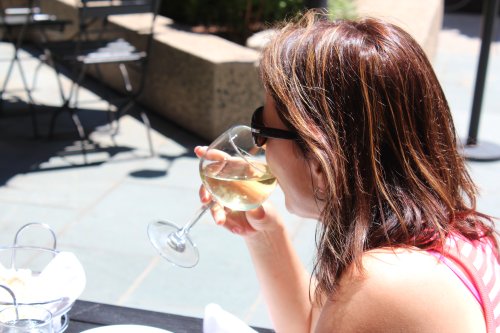