April 15 (UPI) -- Starting school later in the morning allows adolescents and teens to get the sleep they need to perform well in the classroom and maintain overall health, a study published Thursday by the journal Sleep found.

By pushing the school day back an hour, high school students obtained an extra four hours or so of sleep per week, the data showed.

More than 10% of students in grades 9 through 12 surveyed as part of the study reported they slept better, and about 20% indicated they experienced less daytime sleepiness, or feeling the need for sleep during the school day, the researchers said.

"However, as shown in a number of school districts across the country, it is possible to make these changes with positive outcomes for the students," said Meltzer, a professor of pediatrics at National Jewish Health in Denver.

However, lack of sleep is common among children and adolescents, due in part to early school start times and the fact that biological changes to sleep cycles during puberty make falling asleep early difficult for adolescents, according to Meltzer and her colleagues.

For this study, the researchers surveyed approximately 28,000 elementary, middle and high school students and their parents before changes to school start times and for two years afterward.

Both student and parent surveys asked about students' usual bedtime and wake time on both during the week and on weekends. Respondents also were asked to report on students' quality of sleep and their experience of daytime sleepiness, the researchers said.

Elementary school-age children saw minimal gains in sleep duration and sleep quality as a result of the earlier start times, likely due to their earlier "bedtimes," which essentially remained the same, according to the researchers.

Children in grades kindergarten through 5 in the study averaged between nine and 11 hours of sleep per night before and after the school start time change, which is the exact range recommended by the Sleep Foundation for people in that age group.

However, high schoolers, or those in grades 9 through 12, saw average sleep times increase by about 45 minutes per night -- or 3.8 hours per week -- due to the later start, to about eight hours, 15 minutes from 7 1/2 hours, the data showed.

This change put them within the eight to 10 hours of sleep per night range recommended by the Sleep Foundation.

In addition, these older students had, on average, 77 minutes per night less of "weekend oversleep," the difference between weekday and weekend sleep times, the researchers said.

"It is important for families to make sleep a priority [by] having a consistent bedtime and wake time, with no more than an hour delay to either bedtime or wake time on weekends," Meltzer said.

"Families need to recognize that sacrificing sleep means sacrificing physical and mental health, as well as performance, both academic and athletic." 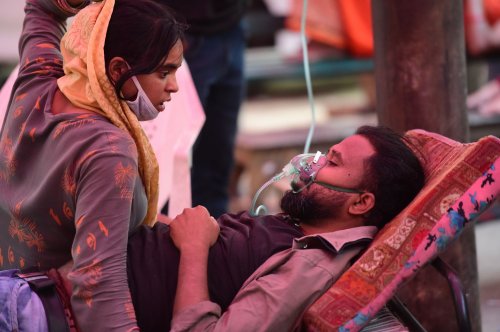