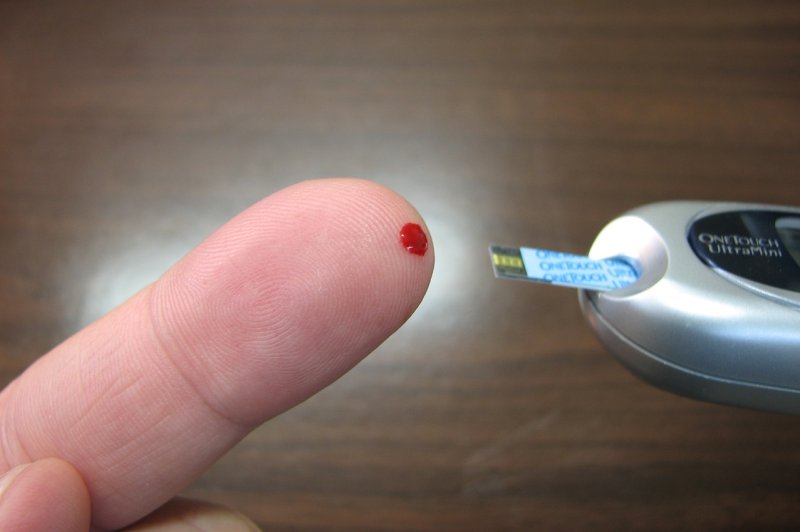 A new drug is effective at preventing, or at least delaying, the onset of Type 1 diabetes, a new study has found. Photo by peejhunt/Pixabay

March 3 (UPI) -- Half of those at risk for Type 1 diabetes treated with a new drug remained disease-free five years later, a study published Wednesday by the journal Science Translational Medicine found.

Conversely, 22% of people who did not receive the drug remained disease-free five years after the start of the study, the data showed.

The drug, teplizumab, is a monoclonal antibody -- a synthetic version of the cells produced by the human immune system -- developed by the biotechnology company Provention and is designed to prevent the onset of Type 1 diabetes.

Those who developed Type 1 diabetes after receiving teplizumab did so about five years after receiving the new drug, compared with 27 months for study participants who received a placebo, the researchers said.

"If approved for use, this will be the first drug to delay or prevent Type 1 diabetes," study co-author Dr. Kevan Herold, a professor of immunobiology and endocrinology at Yale University School of Medicine in New Haven, Conn., said in a statement.

The drug has been awarded breakthrough status by the U.S. Food and Drug Administration, which means it could be approved for general use by summer, Herold said.

Type 1 diabetes is an autoimmune disease often diagnosed in childhood or adolescence in which a person's own immune cells attack the insulin-producing cells in the pancreas.

People diagnosed with the disease require lifelong insulin treatment and face higher risk of death, as well as increased odds for developing heart and kidney disease.

For this study, roughly 76 children and adolescents deemed at high risk for Type 1 diabetes were given either teplizumab or placebo and screened for the disease over a five-year period.

All of the study participants had a family history of the disease, and 42 developed the disease during the five-year study period.

However, the 44 study participants given the drug showed reduced levels of pancreatic damage caused by immune cells and improved functioning of insulin-producing beta cells.

While Herold said it is not known whether some of the subjects who received teplizumab never will develop Type 1 diabetes, delaying onset of the disease could have a big impact on development in those at high risk, he said.

"Any time without diabetes is important, but particularly so for those children who might have a chance to grow up without it," Herold.

Health News // 8 hours ago
Many Black, Hispanic teens in U.S. have vitamin D deficiency
Vitamin D boosts the immune system and helps prevent cancer, among other health benefits, but a significant number of Black and Hispanic teens have low levels of this nutrient, according to a new study.

Study: Fewer than 7% of U.S. adults in good cardiometabolic health