Dec. 15 (UPI) -- COVID-19 spread at nursing homes is at least partially driven by people who work at more than one facility, according to an analysis of cellphone data for more than 50 million users.

The study, published Tuesday by the Proceedings of the National Academy of Sciences, found that 5% of people who visited U.S. nursing homes for more than an hour during the first wave of the COVID-19 pandemic this spring also spent time in other facilities over the same period.

These shared connections continued to visit the facilities even after the U.S. Centers for Disease Control and Prevention suggested they restrict visitor access on March, with the agency linking staff members as a likely source of spread.

Based on cellphone location-tracking data, nursing homes share connections -- primarily staff and outside contractors -- with an estimated 7.1 other facilities, on average.

"Our study suggests this has it exactly backwards, [that] it's the workers that are most likely to link across nursing homes that are crucial to vaccinate first," said Chen, professor of behavioral economics at the UCLA Anderson School of Management.

Since the start of the pandemic in March, nursing homes in the United States have accounted for up 40% of all deaths caused by the virus nationally, according to data from the Kaiser Family Foundation.

The U.S. Centers for Medicare and Medicaid Services effectively restricted visitor access to long-term care facilities to residents, staff and contractors on March 13.

However, disease spread remained an issue. For example, the agency estimates that more than 30% of all nursing home residents in New Jersey, Connecticut and Massachusetts had contracted COVID-19 as of June 28.

For this study, the UCLA researchers analyzed geolocation data from 50 million smartphones across the United States between March 13 and May 28.

Of the cellphone users included in the analysis, 501,503 visited nursing homes at least once during the study period, the researchers said.

Just over 5% of the cellphone users visited more than one facility over the 11-week timeframe, they said.

The findings reinforce those of a CDC analysis, released in March, that attributed a COVID-19 outbreak that sickened 81 people and killed 23, in part, to "staff members working in multiple facilities," according to the researchers.

There are currently eight states nationally in which at least 40% of the nursing home population has been infected with COVID-19, based on data from the Centers for Medicare and Medicaid Services.

"These facts, plus our mapping of just how connected homes are, suggest that workers who work in other homes are by far more likely to contract COVID-19 at their other place of work than through general community exposure," Chen said.

"Until we have every nursing home resident vaccinated, we need to protect our most vulnerable by vaccinating everyone who they might come in contact with," he said. 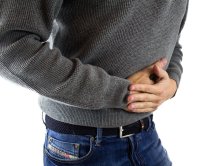 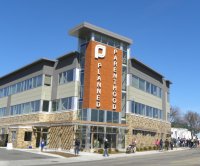