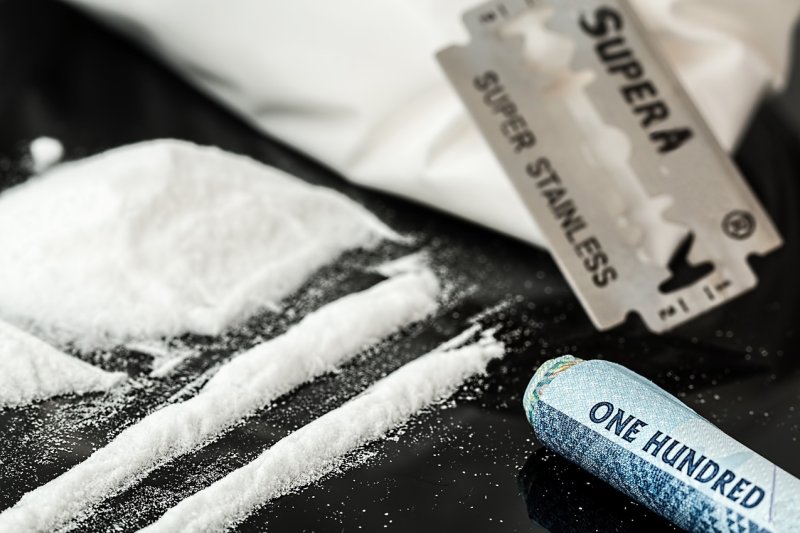 The CDC reports that overdose deaths linked to cocaine have tripled in five years. Photo by stevepb/Pixabay

While opioids were grabbing the headlines, cocaine overdose deaths in the United States have marched upward, nearly tripling over five years, a new government report shows.

After a period of stability, cocaine-induced deaths rose by about 27% per year, on average, from 2013 through 2018, researchers at the U.S. Centers for Disease Control and Prevention said.

"While much attention has been given to the increase in drug overdose deaths involving opioids, it's also important to recognize that deaths involving other drugs, such as cocaine, have also increased in recent years," said Dr. Holly Hedegaard, lead researcher and injury epidemiologist at the CDC's National Center for Health Statistics.

In 2018, those most likely to die from cocaine were men, adults aged 35 to 44, Black people and city dwellers in the Northeast. Knowing who's most vulnerable can help in forming prevention strategies, Hedegaard said.

Given this alarming rise, "focused efforts are needed to better understand why the rate of drug overdose deaths involving cocaine has tripled in recent years," she said.

According to the report:

Pat Aussem, associate vice president at the Partnership to End Addiction, said several factors may have contributed to the dramatic rise in cocaine overdose deaths.

RELATED Booze, drug use common at virtual parties during pandemic

"In recent years, countries like Colombia have had bumper crops of coca, and the prices of cocaine have fallen dramatically, resulting in a cheap, abundant product for export. With its increase in purity and decrease in price, cocaine can be a less expensive alternative to prescription stimulants like Ritalin and Adderall," Aussem said.

Cocaine is also often laced with fentanyl, a powerful synthetic opioid, which significantly increases the probability of an overdose, she noted.

Indeed, the report found that between 2014 and 2018, the rate of drug overdose deaths from cocaine plus opioids increased faster than the rate of cocaine deaths without opioids.

RELATED Meth use up sixfold, fentanyl use quadrupled in U.S. in last 6 years

"When mixing cocaine and opioids intentionally, the desired result is to experience the high of cocaine while easing its after-effects with the depressant qualities of an opioid," Aussem explained. "If the person using the drug is unaware that the cocaine they are consuming is laced with fentanyl and lacks a tolerance for opioids, they are more likely to experience an adverse reaction or an overdose."

Cities have been the centers of the cocaine epidemic, Aussem said. "Historically, urban areas such as New York and Miami have been key markets for the cocaine suppliers and are notably along ports of entry. Urban markets have also been plagued by fentanyl, which is being used to cut cocaine," she said.

For urban Black people, the greater purity, lower price and widespread availability of cocaine may make it more attractive to use than other stimulants, she said. "This may account for the alarming increase in fatalities noted in the report amongst different subgroups," Aussem suggested.

A comprehensive strategy to address addiction is necessary to reverse this trend, she noted.

Also, "proven pharmacological interventions are needed to complement behavioral strategies," she added, noting that trials of anti-addiction medications and even a vaccine are under way.

Cocaine users should also be educated on the risks of the drug being cut with fentanyl. "Using fentanyl test strips and having naloxone on hand are additional safety measures that could help reduce overdose deaths," Aussem said, referring to the overdose treatment marketed as Narcan.

The report was published online Oct. 7 in the CDC's NCHS Data Brief.

For more on drug addiction, head to the U.S. National Institute on Drug Abuse.