Researchers say the common cold may offer clues into better treatments for the flu -- and could have implications for COVID-19 treatment, as well. Photo by nastya_gepp/Pixabay

Sept. 4 (UPI) -- The virus most often behind the common cold is capable of preventing the flu virus from infecting airways by jump-starting the body's immune defenses, a study published Friday by The Lancet Microbe found.

Now, the researchers from Yale University, want to determine if rhinovirus, the most common cold-causing virus, offers similar protective effects against COVID-19.

In an analysis of more than 13,000 patients with symptoms of a respiratory infection, those who had rhinovirus were not simultaneously infected with the flu virus -- even during months when both viruses were active.

The finding may help explain why an expected surge in cases of H1N1 swine flu, predicted for Europe in fall 2009, never occurred, the researchers said.

It's possible that the H1N1 virus was unable to infect those who already had the common cold, which was widespread at the time, they said.

"This may explain why the flu season, in winter, generally occurs after the common cold season, in autumn, and why very few people have both viruses at the same time," said Foxman, an assistant professor of laboratory medicine at Yale School of Medicine.

Concern has risen over the potential overlap of the COVID-19 pandemic with the annual flu season in the United States.

Dr. Anthony Fauci, director of the National Institute of Allergy and Infectious Diseases, recently said that the level of new cases of the coronavirus across the country is "too high."

If cases continue to rise as flu season approaches, Fauci said, people infected with either of the two viruses, or both, could overwhelm the U.S. healthcare system.

"There [have been] a few reports of influenza-COVID-19 co-infections earlier in the year, and many of us are quite concerned what an influenza epidemic added to the COVID-19 pandemic could do," Dr. Tony Moody, an associate professor of pediatric infectious diseases and immunology at Duke University Medical Center, told UPI

"At this point, we don't really know what the two diseases will look like, or if other respiratory viruses will help or hurt during the current pandemic," said Moody, who was not part of the Yale research.

For this study, Foxman and her colleagues analyzed nasal and throat specimens collected from 13,707 people with evidence of a respiratory infection. Just over 7% of the specimens tested positive for the rhinovirus, while just under 7% had confirmed influenza A infection.

Only 12 people in the study population had evidence of both viruses simultaneously, the researchers found.

To test how the rhinovirus and the influenza virus interact, Foxman and her colleagues created human airway tissue with epithelial cells, which line the airways of the lung and are a chief target of respiratory viruses, grown from stem cells.

After the tissue had been exposed to rhinovirus, the influenza virus was unable to infect the tissue because the cells' antiviral defenses were already turned on before the flu virus arrived, Foxman said.

The rhinovirus triggered production of the natural antiviral interferon in the cells. Interferon is part of the early immune system response to the invasion of pathogens, Foxman said.

The protective effect offered by this new interferon lasts for at least five days, she said.

The findings may allow researchers to better predict how respiratory viruses spread and find new ways to combat them in the absence of vaccines, the researchers said.

They emphasized, however, that whether the annual seasonal spread of the common cold virus will have a similar impact on COVID-19 remains unknown.

"Our results show that interactions between viruses can be an important driving force dictating how and when viruses spread through a population," Foxman said.

"Since every virus is different, we still do not know how the common cold season will impact the spread of COVID-19, but we now know we should be looking out for these interactions."

Health News // 18 hours ago
Study: Residents of 'redlined' neighborhoods at higher risk for death from COVID-19
May 17 (UPI) -- Neighborhoods "redlined" by mortgage lenders nearly a century ago due to higher populations of racial and ethnic minorities saw more deaths from COVID-19 than White-majority areas, a study presented Tuesday found. 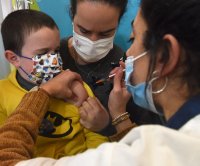 Health News // 20 hours ago
COVID-19 death rates higher for Black, Hispanic working-age adults
May 17 (UPI) -- Black and Hispanic adults in the United States died from COVID-19 at rates nearly eight times as high as those seen by White adults during the pandemic. 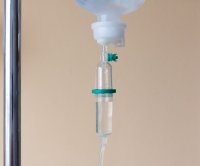 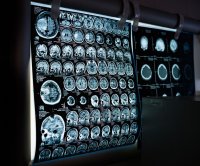