Pot use during pregnancy linked to increased autism odds for children

Pregnant women who use cannabis are 1.5 times more likely to have a child with autism than women who didn't, according to a new study. File Photo by Atomazul/Shutterstock.

Research has shown that pot use during pregnancy may increase the risk of stillborn birth, preterm birth and low birth weight.

Now, a new study adds another danger: children whose mothers used pot while pregnant could be at greater risk for autism.

And the increased danger wasn't slight: Using data on every birth in Ontario, Canada, between April 2007 and March 2012, the University of Ottawa researchers found that pregnant women who used cannabis were 1.5 times more likely to have a child with autism than women who didn't.

There were half a million women included in the sample, and around 3,000 of them said they used pot during their pregnancy. The database did not include the particulars of these women's marijuana use -- such as how, how often, or how much they were using it.

In a previous study, the same researchers found that pot use during pregnancy was linked to an increased risk of preterm birth and other adverse birth outcomes.

The researchers used this new study to determine if there were more long-term health impacts for children whose mothers used marijuana while pregnant.

They did this by matching two Canadian health databases, one that tracks diagnoses (including autism) and one that tracks birth outcomes in general, said study author Dr. Darine El-Chaâr, a maternal fetal medicine physician at the Ottawa Hospital.

RELATED Study: Regular pot use during pregnancy bad for baby

"There's been a linkage through these two registries, so we can match the birth data with the outcomes of the babies from that pregnancy later in life," El-Chaâr explained.

To show that marijuana use alone was linked to the increased risk of autism, the researchers looked specifically at 2,200 women who used pot but did not use other substances during their pregnancy.

Still, numerous factors could contribute to an increased risk of autism, El-Chaâr noted. The study only shows that using pot during pregnancy may be associated with autism -- not that it definitively causes it.

The findings were published online Aug. 10 in the journal Nature Medicine.

Pregnant women who use pot are not only doing so for recreational purposes -- some say that they use it to treat pain or morning sickness.

El-Chaâr said that many of the patients she works with either use marijuana to alleviate nausea or ask her if they should. "I do see women telling me that that's the only thing that helps," she said. "I generally do not have good evidence to say, 'Yes, that's true,' yet."

The mechanism by which pot use during pregnancy may affect birth outcomes and infant health is not fully understood. Still, most experts point to animal studies that have found cannabis receptors in the brains of animal embryos that are only 5 to 6 weeks old.

When a pregnant woman consumes pot, these cannabis receptors would be activated, potentially affecting the infant's brain development.

The number of women who used pot during pregnancy may be much higher than the study reported since some may have denied using it because recreational pot was illegal when the data was collected.

Canada's nationwide legalization of recreational cannabis in 2018 was a catalyst for the study, according to El-Chaâr.

She said she was concerned that legalization could prompt a rise in marijuana use among pregnant women, despite the lack of evidence that it is safe.

Marijuana use among pregnant women in the United States is already on the rise, according to the U.S. National Institute on Drug Abuse: 7% of pregnant women reported using the drug in a 2016-2017 survey.

Andrea Roberts, a senior research scientist at Harvard T.H. Chan School of Public Health in Boston, shared similar concerns that women might interpret legalization as a sign that pot is "somehow harmless."

Roberts emphasized that pregnancy is a highly sensitive period, and women "should really not use any substances that they don't have to use during pregnancy."

There's more about the risks of using pot while pregnant at the U.S. Centers for Disease Control and Prevention. 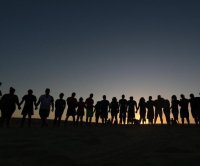 Health News // 1 hour ago
School district study suggests youths more gender-diverse than thought
In a survey of nearly 3,200 high school students in one U.S. school district, researchers found that almost 10% were "gender-diverse." That meant they identified as a gender other than the sex on their birth certificate. 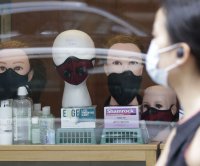 Health News // 8 hours ago
Many find return to 'normal' after COVID-19 unsettling, experts say
Mental health experts say that the COVID-19 pandemic has left a lasting mark on people's psyches, and folks will be struggling with lingering worry for some time to come.

Health News // 8 hours ago
Diabetes risk higher for 'night owls' that are obese, study says
Though obesity by itself can drive up heart disease risk, new research suggests diabetes and heart disease risk is especially high when combined with a tendency to stay up late at night.

Health News // 18 hours ago
Study: CPAP machine cuts heart attack, stroke risk in some apnea patients
May 17 (UPI) -- Using a CPAP machine could cut the risk for heart attack and stroke, even among those with non-sleepy obstructive sleep apnea, according to a study presented during the American Thoracic Society conference. 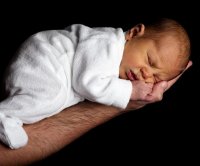