One in four parents hesitant about flu vaccine, survey finds

A survey has found that 25 percent of parents hesitate to have their children vaccinated against the flu, and nearly 75 percent question the vaccines efficacy. Photo by whitesession/Pixabay

June 15 (UPI) -- One in four parents describe themselves as "hesitant" about having their children vaccinated against the flu -- and nearly three in four question it's efficacy -- according to the findings of a survey published Monday by the journal Pediatrics.

In addition, more than 6 percent of parents who respondents said they would consider not having their children receive routine shots, like the measles-mumps-rubella, or MMR, vaccine, the survey found.

"A lot of parents continue to have safety concerns about both routine childhood and influenza vaccines despite the fact that there is more ongoing safety monitoring of vaccines than for any other drug or treatment we do in medicine," Dr. Allison Kempe, who co-authored the article on the survey, told UPI.

"Parents need to obtain their information from a trusted provider ... because there is a great deal of misinformation online," said Kempe, a professor of pediatrics at the University of Colorado School of Medicine.

In 2019, the World Health Organization designated vaccine hesitancy as one of the 10 leading threats to global health.

According to the U.S. Centers for Disease Control and Prevention, 94.7 percent of American children have received the MMR vaccine -- close to the 95 percent needed to maintain herd immunity against the mumps and measles.

But the number of children granted exemptions nationally has increased slightly in recent years, to 2.5 percent during the 2018-19 school year, researchers pointed out.

Kempe and her colleagues surveyed 2,176 parents and found that nearly 40 percent reported having concerns over serious side effects of both routine childhood and influenza vaccines.

Among participants, 70 percent said they strongly agreed that routine vaccinations were effective, while only 26 percent said the same about the influenza vaccine, according to the researchers.

During the 2018-2019 flu season, just 58 percent of American children were vaccinated against influenza, the researchers said.

The vaccine is not 100 percent effective in preventing influenza "but parents should remember that even when the vaccine and circulating influenza strains are not well-matched, the vaccine prevents severe disease and hospitalizations due to influenza illness," Kempe said.

Understanding the reasons for parental vaccine hesitancy will help providers develop educational interventions that can reverse some of these trends, Kempe said. The best way to counter hesitancy might be to prevent development by starting conversations about vaccines before a baby is born, she said.

"If vaccination rates drop below a particular threshold, outbreaks of vaccine-preventable diseases occur,and we have seen this in recent years with outbreaks of whooping cough and measles," Kempe said. 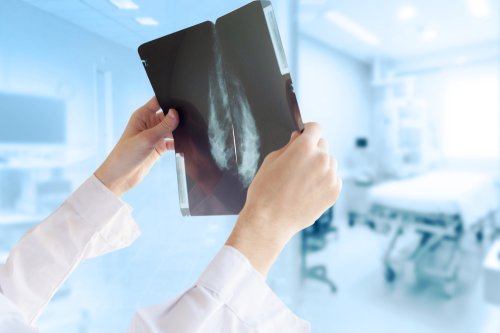