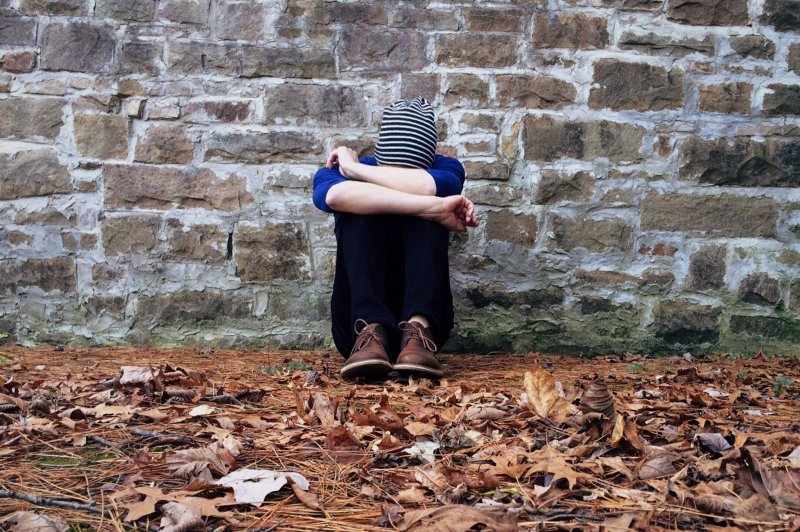 More Americans are reporting anxiety and depression since the start of the COVID-19 pandemic, a pair of surveys has found. Photo by Wokandapix/Pixabay

June 4 (UPI) -- The numbers of Americans suffering from mental health disorders like anxiety and depression have more than tripled during the COVID-19 pandemic, according to a new survey from the Johns Hopkins Bloomberg School of Public Health published Thursday by JAMA.

The number of people in the United States reporting feelings of anxiety and depression peaked in early April, according to a separate analysis also published Thursday, by researchers at the University of Southern California.

Researchers say, however, that mental health should remain a significant concern.

"We need to prepare for higher rates of mental illness among U.S. adults post-COVID," Beth McGinty, associate professor of health policy and management at the Bloomberg School of Public Health, said in a press release.

"It is especially important to identify mental illness treatment needs and connect people to services, with a focus on groups with high psychological distress including young adults, adults in low-income households, and Hispanics," said McGinty, who co-authored the research letter in JAMA.

The first confirmed U.S. case of COVID-19, the disease caused by the new coronavirus, SARS-CoV-2, was identified in late January. Much of the country went into lockdown in mid-March in an attempt to contain the spread of the disease.

Since then, more than 1.8 million Americans have been infected, according to researchers at Johns Hopkins University.

The COVID-19 pandemic and related life changes and stressors -- social distancing, fear of contracting the disease and economic uncertainty, including high unemployment -- have negatively affected mental health, McGinty and her colleagues said. The pandemic has also disrupted access to mental health services, they said.

For their research, McGinty and her colleagues surveyed nearly 1,500 American adults between April 7 and 13, and compared them to results from the 2018 National Health Interview Survey.

The survey assessed feelings of emotional suffering and symptoms of anxiety and depression in the previous 30 days, but did not ask specifically about COVID-19, researchers said.

RELATED Use of high-THC cannabis doubles risk for anxiety disorders

The biggest increase in prevalence of mental health problems was found among young adults between 18 and 24 years old, 24 percent of whom reported psychological distress in April, compared to 3.7 percent in 2018, they said.

In addition, 19.3 percent of adults with annual household incomes less than $35,000 reported psychological distress in 2020 compared to 7.9 percent in 2018, the researchers found. The researchers suggest record numbers of people filing for unemployment benefits since the start of the pandemic may have pushed the rate up.

Anxiety and depression associated with COVID-19 peaked in early April, when 40 percent of U.S. residents reported feeling anxious and 29 percent said they felt depressed, a separate survey of nearly 7,000 adults conducted between March 10 and May 26 by researchers at USC found.

By late May, 27 percent of survey respondents reported feeling anxious and 25 percent said they felt depressed, they said.

In addition, one in three young adults and those who spend more time on social media said they felt lonely, up from one in five prior to the COVID-19 outbreak in the United States, the survey found.

"Early April was a tumultuous time for many, many people," Daniel Bennett, assistant professor of economics at the USC Dornsife Center for Economic and Social Research, said in a statement. "Not only were we worried about the threat of COVID-19 -- millions of people had just lost their jobs and families were being forced to adjust rapidly to school closures and new routines."

"Since then, the pandemic caused a lot of destruction, but the changes to the daily lives of many Americans have been less extreme," Bennett said.

Three out of five survey respondents believe they're at high risk for running out of money or contracting COVID-19, Bennett and his colleagues said.

"We are in World War III," Stephanie Ferguson, a nurse and global healthcare consultant, said in a conference call with reporters on Thursday. Ferguson was not involved in either survey.

Ferguson said she had a friend in New York City who told her, "I can't even watch the news I'm so stressed."

"People can't make sense of these times," she said.

Health News // 10 minutes ago
COVID-19 death rates higher for Blacks, Hispanics, rose among working age adults
May 17 (UPI) -- Black and Hispanic adults in the United States died from COVID-19 at rates nearly eight times as high as those seen by White adults during the pandemic.