A woman wears a protective face covering while walking in the Upper West Side of Manhattan during the COVID-19 pandemic in New York City on May 27. Photo by John Angelillo/UPI | License Photo

More evidence has surfaced that the COVID-19 coronavirus was circulating in the United States as much as a month prior to the first confirmed local case in February, the U.S. Centers for Disease Control and Prevention reported Friday.

Genetic analysis of early cases suggests a single line of coronavirus imported from China began circulating in the United States between Jan. 18 and Feb. 9, followed by several importations from Europe, according to research from the CDC's COVID-19 Response Team.

That means the new coronavirus entered the United States weeks before the first documented case of COVID-19 infection from unknown origins -- a California resident who fell ill on Feb. 13 and was confirmed on Feb. 26, the researchers reported.

The data "suggests that limited community transmission of SARS-CoV-2 in the United States occurred between the latter half of January and the beginning of February, following an importation of SARS-CoV-2 from China," the report states.

Three other early cases, involving people who hadn't traveled internationally prior to their illness, bolster the genetic evidence, the study authors said. These include:

These cases confirm "circulation of the virus by early February," according to the report.

Genetic analysis of the early Washington state strains of coronavirus also indicate that they sprang from a common ancestor, estimated to have existed between mid-January to early February, the researchers reported.

That sequence is consistent with the first known travel-related U.S. case of COVID-19, which occurred in a man who arrived in Seattle from Wuhan, China on Jan. 15, and fell ill four days later, the study authors noted.

However, the contact tracing that public health officials conducted in that case was very thorough and the Seattle man did not wind up causing other documented cases of COVID-19, the researchers believe.

Still, based on the genetic evidence, the researchers speculate that the Seattle man might have:

It's also possible that the Washington state coronavirus strains were "imported into the United States by another unknown person around the same time," the researchers added.

The findings highlight the fact that, in many cases, coronavirus can be spread by people who show few or no symptoms, said Dr. Robert Glatter, an emergency medicine physician with Lenox Hill Hospital in New York City.

"The ability of both asymptomatic and presymptomatic transmission provides an explanation for the rapid spread of the virus throughout the community, prior to clinical detection of symptoms," said Glatter, who wasn't involved in the new report.

The findings also underscore the importance of an immediate and fierce public health response in the United States to any future epidemic on foreign soil, he said.

"Viruses do not know borders," Glatter said. "Going forward we must be more vigilant when considering how rapidly global travel can spread a viral respiratory disease." The report was published Friday in the CDC journal Morbidity and Mortality Weekly Report.

The U.S. Centers for Disease Control and Prevention has more about COVID-19. 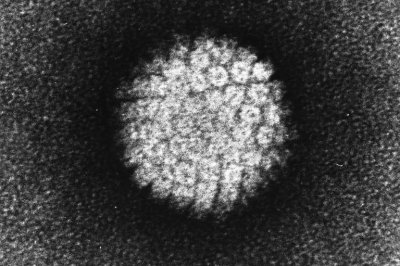