Findings are based on small study in China, experts caution, so more research is needed. 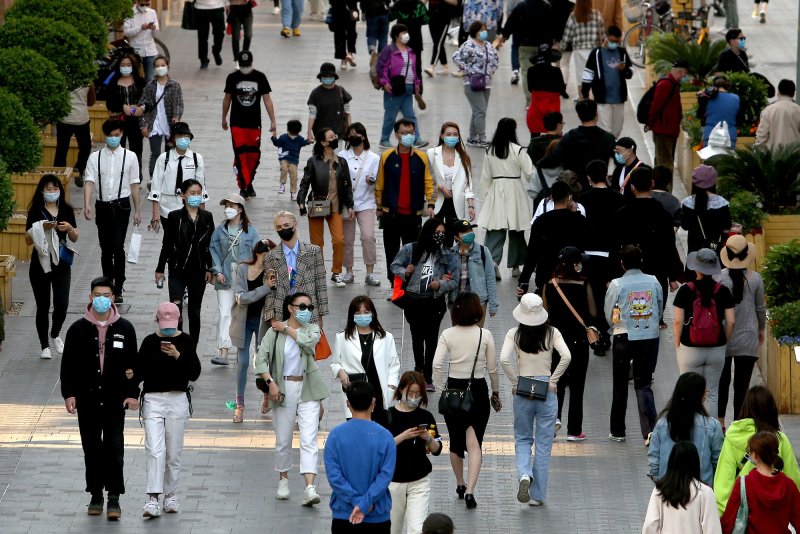 May 22 (UPI) -- Up to one in six people declared recovered from COVID-19 and discharged from the hospital still test positive for the virus up to three weeks later, meaning they still could be contagious, according to a study published Friday by JAMA Network Open.

The findings reinforce that researchers still are learning about the new coronavirus, SARS-CoV-2, including how it affects those infected and how it's spread, said Dr. M. Anthony Moody, an associate professor of pediatrics and immunology at Duke University School of Medicine.

"I think we need to take this study, and every other study [on COVID-19] with an appropriate degree of attention and skepticism ... because scientists are supposed to be skeptical -- that's how we continue to discover new things," said Moody, who was not part of the JAMA research.

"[But] there are implications. We need to be cautious in assuming people who have recovered are either unable to shed or unable to be reinfected," he said. "That being said, it is important to realize that it was a minority of people in this study who had the positive tests."

As of Friday morning, nearly nearly 1.6 million confirmed cases of COVID-19 have been confirmed in the United States, according to figures from Johns Hopkins University. Of these, roughly 95,000 have died, but more than 380,000 have been declared "recovered."

For their study, the researchers from Hunan Normal University in China tracked 60 adult patients with confirmed COVID-19 infection in the city of Loudi who had been discharged from the hospital. All of the patients quarantined at home for 14 days after hospital discharge, and none of them had symptoms of the disease.

The researchers retested throat and nasal swabs from all 60 patients. Ten of the 60 tested positive for the virus up to 24 days after discharge, they found.

This is not the first study to find that the new coronavirus might remain in the body for weeks following recovery from symptoms. An earlier analysis published by JAMA in February found that recovered patients still tested positive for the virus more than 30 days later.

"But this does not mean that viable infectious virus is present, meaning that these people aren't necessarily contagious," Dr. Richard T. Ellison, an infectious disease specialist at University of Massachusetts Medical School, told UPI.

"The same phenomenon was described with Ebola," added Ellison, who was also not part of the China study. "This might well happen with other viruses such as influenza, but no one has ever looked for it."

Given that the patients isolated at home, and local cases in Loudi were rare at the time of the analysis, the positive results in these 10 patients "were presumed to be persistent viral shedding" rather than reinfection, the authors of the China study said.

"This study tells us to be cautious because a fraction of people might be infectious after recovery, but the study doesn't prove that," Moody told UPI.

"But I think it does reinforce that doing the things we've been doing -- wearing masks, social distancing, not taking unnecessary risks -- are still important."