Measles vaccinations in U.S. children fall up to 60 percent since pandemic, CDC says 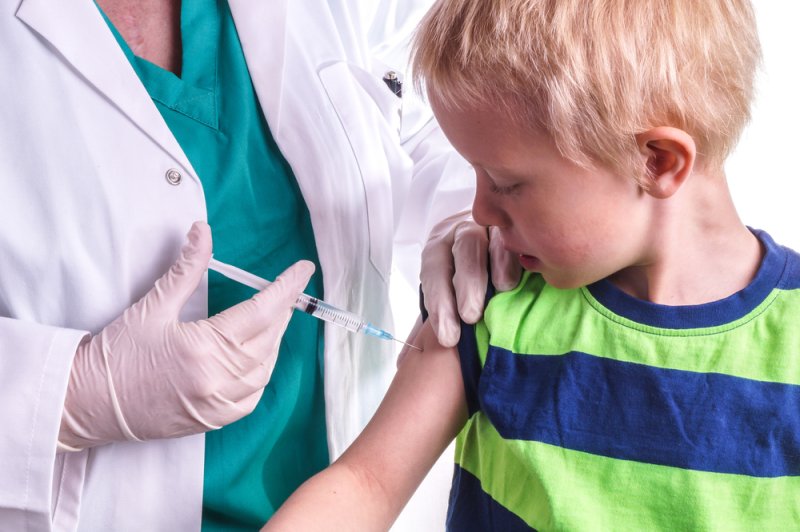 Pediatric vaccination rates have declined since the start of the COVID-19 outbreak, the CDC said. File photo by EsHanPhot/Shutterstock

May 8 (UPI) -- Pediatric vaccination against measles has declined by as much as 60 percent nationally since the start of the COVID-19 outbreak, according to data released Friday by the U.S. Centers for Disease Control and Prevention.

The reduced number of vaccine doses ordered and administered under the agency's pediatric vaccines program could leave young people vulnerable to measles after coronavirus-caused social distancing restrictions are lifted, CDC said in the report.

Currently, the CDC recommends that children receive two doses of the measles-mumps-rubella, or MMR, vaccine, with the first dose given at 12 to 15 months old and the second at ages 4 to 6. Teens and adults also should be current on their MMR vaccination, the agency said.

The CDC's Vaccines for Children program is a federally funded program that provides vaccines to about half of U.S. children. Since it started in 1994, the program has prevented an estimated 419 million infections in them, CDC said.

Typically, about 40 million children receive two doses of the MMR vaccine in a given year. However, those numbers are likely to drop for 2020, based on the new CDC figures.

Since the beginning of the year through April 19, healthcare providers in the vaccine program have ordered 400,000 fewer MMR doses compared with the same period a year ago.

The decrease has been particularly significant since the Trump administration declared a national emergency because of COVID-19 on March 13, the agency said.

Providers also have administered substantially fewer doses of the vaccine since that date, the CDC said.

Daily doses dispensed to children 2 years old and younger dropped from approximately 2,000 in early March to just over 1,000 in late April, agency figures indicate. Those given to young people between ages 2 and 18 fell from roughly 2,200 to fewer than 500.

Health News // 10 minutes ago
Surgeons perform second successful pig-to-human kidney transplant
Jan. 19 (UPI) -- Researchers at the University of Alabama-Birmingham have successfully transplanted two kidneys from a genetically modified pig into a human who was brain dead, they said.

Health News // 6 hours ago
Risk of prostate cancer is higher among Black men, study finds
Even in a setting where White and Black people have equal access to medical care, Black Americans fare worse than White Americans in terms of prostate cancer, new research shows.

Health News // 22 hours ago
Study: Opioid addiction treatment in jail reduces re-arrest risk after release
No magic bullet exists for ending the U.S. opioid crisis, but there's hopeful news for one high-risk population: Providing addiction medication in jails reduces the odds of addicts being re-arrested after their release.
Advertisement