A family leaves a grocery store with supplies in San Francisco on Monday, March 16, 2020. Photo by Terry Schmitt/UPI | License Photo

With job losses skyrocketing because of the coronavirus pandemic, hunger is a growing issue for millions of Americans, according to a new report.

Surveying more than 10,000 people across the United States late last month, researchers found that nearly 4 in 10 had too little to eat or difficulty obtaining healthy foods.

Southern states have been especially hard hit, with nearly half in some states having "food insecurity," the survey shows.

"Food insecurity was high in America before the pandemic, and it has gotten even worse," said lead researcher Kevin Fitzpatrick, a sociology professor at the University of Arkansas. "The U.S. food system is in the middle of a crisis."

Food insecurity is both uncertainty about being able to buy food when you run out and having to cut back on the size of meals, or in the most severe cases, actually skipping a whole day's worth of food, explained Elaine Waxman, a senior fellow at the Urban Institute, a think tank based in Washington, D.C.

And even before COVID-19-related shutdowns left scores of Americans without paychecks, organizations that feed the needy were under pressure. Many providers were already at their limits and unable to respond to the greater demand, Fitzpatrick said.

When he and his university colleagues conducted their survey the last week of March, 38 percent of U.S. respondents reported moderate to high levels of food insecurity.

The greatest need was in Alabama at 48 percent, followed by Arkansas at 47 percent, Tennessee at 45 percent and Kentucky at 44 percent. The lowest need was in Iowa, with 1 in 4 reporting food insecurity.

"America is food insecure and the COVID-19 pandemic has exacerbated that problem at a number of levels," Fitzpatrick said.

RELATED Another 4.4M in U.S. file for unemployment, wiping out all jobs added since 2010

It's not just that food pantries and feeding programs are having difficulty meeting increased demand. Restaurants and other feeding businesses are closed and unable pick up the slack, he pointed out.

Also, the supply chain is broken, and farmers who produce food cannot find enough workers to pick and ready the food for market, Fitzpatrick added.

"We need to get better at planning for these types of crises, while at the same time making sure that the same high-risk, high-need populations are not always the ones that suffer the brunt of food insecurity," Fitzpatrick said.

"With all the food that we have available in this country, we also need to develop a supply chain from farm to table that can ensure that farmers don't lose crops and thus income, and that families don't lose vital healthy foods that sustain them during these types of crises," he added.

Waxman said she expects the hunger problem to increase before it starts getting better.

Also, she said states need to fund food banks. "Some states may be doing that, but a lot of states just aren't going to have the money, which means it's heavily on the federal government to step in," Waxman said.

Right now, Waxman added, food banks are overwhelmed. "We're in a world of hurt," she said. 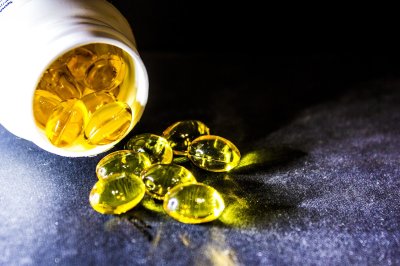 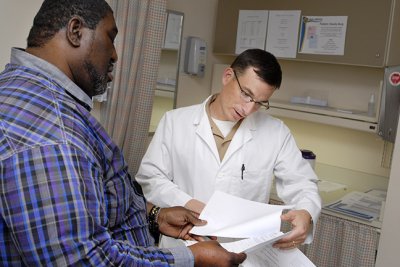