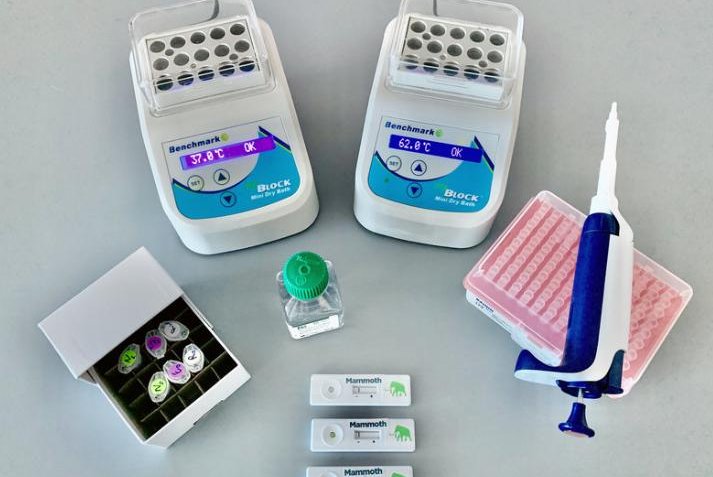 April 17 (UPI) -- A 30- to 45-minute test to identify and diagnose the COVID-19 virus is under development, University of California at San Francisco scientists announced.

The "SARS-CoV-2 DETECTR" test, developed by the school and Mammoth Biosciences of San Francisco, is easy to implement and to interpret, and requires no specialized equipment, the school said in a statement this week.

UCSF researchers are clinically validating the test in an effort to fast-track the approval process through the U.S. Food and Drug Administration's emergency use authorization.

The test process involves the commonly-used CRISPR -- clustered regularly interspaced short palindromic repeats -- gene-targeting technology to seek the presence of the COVID-19 virus. It searches for two target regions in the genome of the virus in samples from respiratory swabs, with results available within 45 minutes. Tests in current use, using polymerase chain reaction techniques, and take around four hours for a diagnosis.

The new test can also be performed in the simplest laboratories and its results can be analyzed much the way a store-bought pregnancy test interpreted, with dark lines on a test strip indicating the presence of viral genes.

The test does not seek the virus itself, but certain genes that provide a response to the presence of the virus in cells in a patient's nose and throat. Saliva, obtained by spitting in a cup, is all that is required.

"I can run it now myself at home," said Dr. Charles Chiu, co-lead developer of the new test, of the simplicity of the procedure, told NPR. "What we really want to develop is something like a handheld, pocket-sized device using disposable cartridges."

He added that such a test could be used by non-experts at home, and manufactured at a scale making them widely available.