Nonsmokers with COPD at greater risk for lung cancer

Nonsmokers with chronic obstructive pulmonary disease, or COPD, have a greater risk for lung cancer, a new study indicates.

In fact, their risk is similar to that of smokers without chronic lung disease, researchers found.

COPD includes respiratory conditions that narrow the airways, such as bronchitis and emphysema. Smoking is the leading cause of both COPD and lung cancer.

But up to 39 percent of people who develop COPD have never smoked, and their lung cancer risk has been unclear due to a lack of studies.

To learn more, researchers analyzed data from more than 338,500 adults, ages 40 to 84, in South Korea who had no history of lung cancer. Their health was tracked for an average of seven years.

Among people who'd never smoked, those with COPD had a more than 2.5 times the risk of lung cancer than those without COPD.

Lung cancer risk in nonsmokers with COPD was similar to that of smokers without COPD, according to the study published online April 2 in the journal Thorax.

"Given that poor lung function in COPD is often a barrier to optimal lung cancer treatment due to increased risk of treatment related morbidities, our study suggests that early detection of lung cancer in COPD patients may reduce the risk of treatment complications," the authors wrote. Juhee Cho of the Center for Clinical Epidemiology at Samsung Medical Center in Seoul, South Korea led the study.

Her team said the findings suggest that COPD is a strong independent risk factor for lung cancer.

"Future studies should evaluate whether COPD patients are candidates for lung cancer screening, irrespective of smoking status," the researchers concluded. 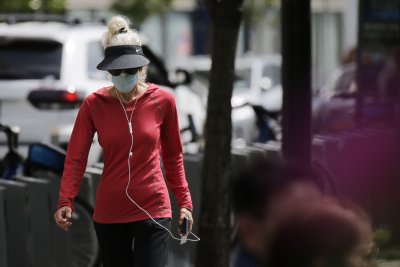