They analyzed data from more than 4,800 U.K. civil servants who were 34 to 56 years old when the study began in the mid-1980s. Three-quarters were men.

Heavy drinking -- defined as three or four drinks, four or more times a week -- over a lifetime was linked to numerous health issues. They included higher blood pressure, poorer liver function, increased stroke risk, and a larger waist circumference and body mass index in later life. BMI is an estimate of body fat based on weight and height. And that link remained even if the person stopped drinking heavily before age 50.

But researchers at University College London in the U.K. noted that overall health stands to benefit when people stop drinking heavily at any point in life.

RELATED Young adults may not 'age out' of drinking habits

Here are key findings from the study, which was published recently in the journal Addiction:

"This suggests that the longer adults engage in heavy drinking the larger their waistline in older age. That is why it is beneficial, along with other health benefits, that adults reduce heavy drinking earlier rather than later," said study first author Linda Ng Fat, of the Institute of Epidemiology and Health Care.

"Previous studies have focused on single snapshots of consumption, which has the potential to mask the cumulative effects of drinking. This study raises awareness of the effect of alcohol consumption over the life-course," she added in a university news release.

The U.S. National Institute on Alcohol Abuse and Alcoholism outlines the health effects of alcohol.

Health News // 15 hours ago
Drinking rose during pandemic, especially for women, Black people
It may seem harmless to while away hours stuck at home during the pandemic with extra wine and cocktails. But new research instead points to a troubling trend: Alcohol use and risky drinking rose in the U.S. last year. 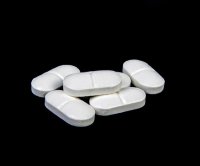