Shoppers and workers at the Hollywood farmer's market comply with Mayor Eric Garcetti's orders to the extent that they can in Los Angeles on Sunday. Photo by Jim Ruymen/UPI | License Photo

April 7 (UPI) -- Since the coronavirus outbreak exploded in early March, more than 95 percent of people in the United States have made changes to their lifestyle, including stockpiling food and practicing social distancing, researchers from Stanford University and Baylor University report.

More than two-thirds of Americans are "very or extremely concerned" about the COVID-19 pandemic, according to the results of a new survey published Tuesday by JAMA Internal Medicine.

The survey was conducted between March 14 and 16 on social media, with more than 9,000 adults participating -- about one-third of whom reported experiencing "cold- and flu-like illness" in the four weeks before the survey.

"In early March, I noticed people in my own community had different reactions to the pandemic -- some were worried, preparing, stocking up on food, and starting to isolate, while others went on with their lives as normal," study co-author Dr. Eleni Linos, professor of dermatology and epidemiology at Stanford University, told UPI.

"The goal was to really understand how people were feeling about this crisis, how they were reacting to it, and what impact it had on their lives. We were lucky that we started the survey early, before 'shelter in place' announcements were made, and we were able to get a sense of how people were feeling before these policies," Linos said.

On March 14, the authors of the report posted an online survey on three social media platforms -- Twitter, Facebook and Nextdoor. The 21 questions were designed to collect data on symptoms, concerns and individual actions taken in response to the pandemic. The Twitter and Facebook survey posts were shareable to "facilitate snowball sampling."

The survey revealed that adults between 40 and 75 years old were most concerned about the pandemic, while those between 18 and 24 years old were less so.

In all, 70 percent of respondents said their biggest concern was getting sick with COVID-19, and 46 percent said they were worried about not having access to healthcare if they did become infected.

Additionally, 80 percent of respondents reported difficulties obtaining hand sanitizer, and 32 percent and 14 percent had difficulty acquiring food and childcare because of social distancing measures implemented in many areas of the country in early March.

"I was surprised that how concerned people felt was quite different depending on their age," Linos said. "Younger people and older people seem to be affected by this crisis in different ways." 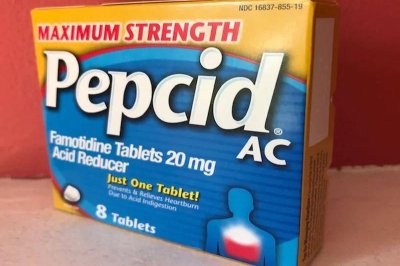