A sick patient arrives in a stretcher by ambulance in Central Park in New York City on Wednesday, April 1, 2020. Tents located along the East Meadow near Mt. Sinai Hospital are being used as an overflow medical center. Photo by John Angelillo/UPI | License Photo

April 2 (UPI) -- Limited supplies of the anti-malarials chloroquine and hydroxychloroquine could hinder plans to use them to treat COVID-19, experts warned Thursday.

Physicians in Italy, where more than 115,000 people have acquired the virus and nearly 14,000 have died, questioned whether there is "enough supply" of the two drugs if they are accepted globally as an option for coronavirus treatment, according to a letter published in the Annals of Rheumatic Diseases.

The medications are typically used to treat people with malaria, which sickens more than 200 million people per year, according to the World Health Organization.

"If mass prophylaxis was accepted as an option worldwide, this would raise the question of whether there is enough supply of [chloroquine] and [hydroxychloroquine] to support this approach," they write.

As of Thursday, there have been more than 1 million confirmed cases of COVID-19 worldwide. The outbreak started in Wuhan, China, and has since spread rapidly.

Those with severe cases of the virus typically develop pneumonia and require breathing support with a ventilator. Hospitals in the United States have already expressed concerns about shortages of ventilators, as confirmed cases approach 250,000.

Chloroquine and hydroxychloroquine have been used to treat auto-immune diseases like lupus since the 1940s. Over the decades, dozens of studies have shown them to be safe and well tolerated in most cases, the Italian authors noted.

The safety and effectiveness of these drugs makes them good candidates for large-scale treatment programs, they added, which will likely be needed as COVID-19 continues to spread. Side effects are generally mild to moderate, with serious complications, such as retinal and cardiac damage, rare and related to long-term use.

Earlier this week the U.S. Food and Drug Administration cleared the way for clinical trials to assess the use of chloroquine to treat the new coronavirus. As UPI reported last week, the first such study is underway in New York state, which so far has borne the brunt of the outbreak in the United States.

Regulators in Europe, however, have hesitated to allow for similar trials, citing earlier studies in China, including, for example, a small trial with fewer than 30 patients published in the Journal of ZheJiang University. That trial suggests treatment with hydroxychloroquine offered little if any benefit for patients with severe COVID-19.

More recent studies, however, including one posted online last week, found that patients treated with hydroxychloroquine recovered from the virus faster than those who did not receive the drug. In addition, a higher percentage of patients who developed pneumonia caused by COVID-19 saw their lower-respiratory infection resolve -- 80 percent versus 54 percent -- following seven days of treatment.

Even with the potential positives, the Italian physicians argue that there is an ethical issue with the use of these drugs to combat the pandemic because of the serious implications for people with rheumatic diseases who use the medications.

The researchers point out that doctors are considering use of, or already are using, the anti-malarials even without vigorous clinical trials as a "controlled risk" in response to the pandemic. Groups like the European League Against Rheumatism are already calling on the manufacturers of these drugs to rapidly increase production to meet the projected surge in demand.

"The diversion of drug supplies away from people with rheumatic and musculoskeletal diseases may compromise the health of this important and sizeable group of patients in Europe and beyond," added society president Iain McInnes in a press release. "A balanced approach that meets the imperatives of the ongoing pandemic, but which also takes account of the needs of patients already taking these drugs is essential." 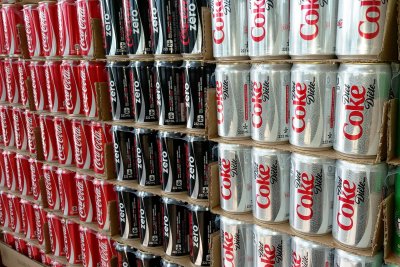