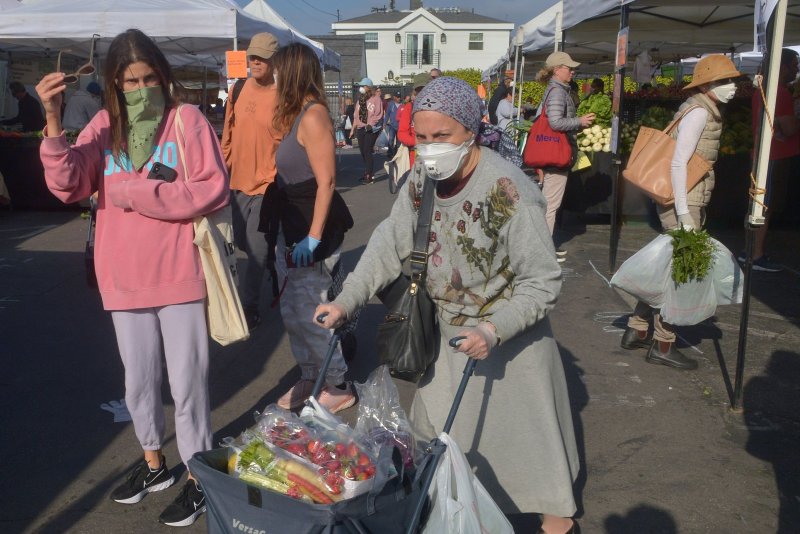 April 2 (UPI) -- Speaking, singing and possibly even breathing too close to people might spread the novel coronavirus even before people feel symptoms, according to findings in a study from Asia published by the U.S. Centers for Disease Control and Prevention.

The analysis sheds new light on person-to-person transmission of COVID-19, as more than 90 percent of Americans hunker down at home to stem the spread of the virus.

The new report, published Wednesday in the CDC's Morbidity and Mortality Weekly Report, documents seven "clusters" of cases in Singapore, the island city-state off the southern tip of Malaysia.

The outbreak, researchers say, most likely developed from a person passing the virus to others -- before that person had symptoms -- perhaps through talking and other "vocal activities," including singing.

The authors note that the spread of a virus through speaking or breathing "increases the challenges of containment measures," such as social distancing.

According to a CDC spokesman, the findings emphasize the importance of "putting distance between yourself and other people if COVID-19 is spreading in your community. This is especially important for people who are at higher risk of getting very sick."

The authors note that much of this "presymptomatic transmission" might be linked with speech and other vocal activities such as singing, which "have been shown to generate air particles, with the rate of emission corresponding to voice loudness."

This is in addition to environmental contamination by COVID-19, which the CDC reports leads to indirect transmission.

"Objects might be contaminated directly by droplets or through contact with an infected person's contaminated hands and transmitted through non-rigorous hygiene practices," researchers wrote.

The seven case clusters tracked in the report were traced to:

Collectively, these seven cases accounted for 6.4 percent of the 157 locally acquired cases in Singapore as of March 16, the report's authors said. Within four clusters, transmission seems to have occurred one to three days "before the source patient developed symptoms," they said.

"Such transmission has also been observed in other respiratory viruses such as influenza," the authors added. However, they emphasized that more research is needed before firm conclusions can be drawn.

"Presymptomatic transmission might occur through generation of respiratory droplets or possibly through indirect transmission," they wrote.

Health officials in the United States have stressed that, in addition to social distancing, washing hands with soap and water is a significant way to decrease risk of acquiring the virus.

Washing for at least 20 seconds -- especially after being in a public place, blowing your nose, coughing or sneezing -- is effective enough to kill the virus, the CDC spokesman said.

If soap and water are not available, using a hand sanitizer that contains at least 60 percent alcohol can also be effective by covering all surfaces of the hands and rubbing them together until they feel dry.

"You can protect yourself from COVID-19 by cleaning your hands often and avoiding close contact," the CDC spokesman said.

Health News // 5 hours ago
Risk of prostate cancer is higher among Black men, study finds
Even in a setting where White and Black people have equal access to medical care, Black Americans fare worse than White Americans in terms of prostate cancer, new research shows.

Health News // 22 hours ago
Study: Opioid addiction treatment in jail reduces re-arrest risk after release
No magic bullet exists for ending the U.S. opioid crisis, but there's hopeful news for one high-risk population: Providing addiction medication in jails reduces the odds of addicts being re-arrested after their release.