A woman jogs past an empty parking lot at Zuma Beach in Los Angeles on Monday. Photo by Jim Ruymen/UPI | License Photo

March 25 (UPI) -- A phased return to normalcy and relaxing of social distancing measures may delay the expected second wave of COVID-19 infections in the United States, suggests an analysis from Wuhan, China, where the new coronavirus pandemic began.

Published Wednesday in the journal The Lancet Public Health, the modeling study looked at the outbreak in the central Chinese city in which lockdown measures were introduced in late January.

With rates of new infections in the region slowing dramatically in recent weeks, officials in China have revealed plans to begin this month rolling back restrictions on movement and public gatherings, reopening transit hubs, restaurants and other businesses.

However, the new findings suggest that by removing these outbreak containment safeguards now, the country risks seeing a second wave of COVID-19 infections as soon as late August, increasing the burden on its already beleaguered healthcare system.

Waiting until April to dial back the restrictions could postpone this second wave until October, researchers said.

"The unprecedented measures the city of Wuhan has put in place to reduce social contacts in school and the workplace have helped to control the outbreak," study co-author Dr. Kiesha Prem, a professor at the London School of Hygiene and Tropical Medicine, said in a press release.

"However, the city now needs to be really careful to avoid prematurely lifting physical distancing measures, because that could lead to an earlier secondary peak in cases. But if they relax the restrictions gradually, this is likely to both delay and flatten the peak."

The findings could be viewed as a warning for the United States, where several cities have introduced social distancing measures and closed schools to stem the spread of the virus.

President Donald Trump said Tuesday that he hopes the country will be "opened up and just raring to go by Easter" -- April 12 -- but the hardest-hit parts of the country might not allow for that.

On Wednesday, New York Gov. Andrew Cuomo said at a press briefing that the state has seen the number of new COVID-19 cases double every three days, even though most residents have been told to stay at home since March 15.

Cuomo said he expects this trend to continue for two to three weeks, even with social distancing in place.

U.S. experts also have warned that relaxing restrictions too soon could result in a second wave of new cases, increasing demand on New York state's healthcare system before it has had time to recover from the first.

For the study, the researchers developed a disease transmission model to quantify the impact of school and workplace closures using information about how often people of different ages mix with each other in various locations.

They then assessed the effects of the closures on outbreak control by estimating the number of human-to-human contacts per day by age group at various locations.

Using the latest data on the spread of COVID-19 in Wuhan and the rest of China, the researchers compared the effect of three scenarios: no interventions and no holidays; no physical distancing measures but winter school break and Lunar New Year holidays as normal; and intense control measures with school closed and only about 10 percent of the workforce -- healthcare personnel, police and other essential government staff -- on the job. The 10 percent approach is the one that has been used in Wuhan.

The findings suggest that while the normal school winter break and Lunar New Year holidays would have had little impact on outbreak progression had schools and workplaces opened as usual.

More extreme measures designed to reduce contacts at school and work likely have a much larger effect by holding down case numbers and the size of the epidemic peak, the researchers said.

The effects of these distancing measures, which also might delay the epidemic's peak seem to vary by age, with the greatest reductions in new cases among schoolchildren and the elderly, and the lowest among working-age adults. the study said.

However, once these interventions are relaxed, case numbers can be expected to rise. If the staggered return to work commences in Wuhan at the beginning of April, it's possible the city could reduce the median number of new infections by 24 percent up to the end of 2020, the authors said.

Still, they caution that given large uncertainties around estimates of the number of people an individual with the virus is likely to infect, and how long a person is infected on average, the true impact of relaxing physical distancing measures cannot be predicted precisely.

"Our results won't look exactly the same in another country, because the population structure and the way people mix will be different," said co-author Dr. Yang Liu, a professor at the London School of Hygiene and Tropical Medicine.

"But we think one thing probably applies everywhere: Physical distancing measures are very useful, and we need to carefully adjust their lifting to avoid subsequent waves of infection when workers and school children return to their normal routine. If those waves come too quickly, that could overwhelm health systems." 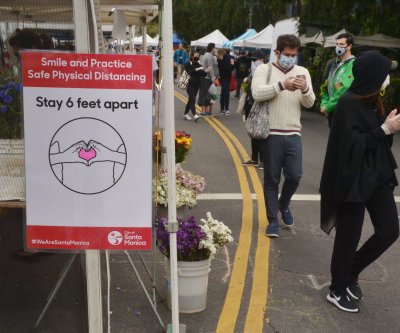 Health News // 7 hours ago
More than 95% of Americans made lifestyle changes for COVID-19
April 7 (UPI) -- Since the coronavirus outbreak exploded in early March, 95 percent of people in the United States have made changes to their lifestyle, including stockpiling food and practicing social distancing, researchers report.

Health News // 10 hours ago
Women are safer drivers than men, British study finds
If more women were hired for trucking jobs, the roads would be a lot safer, British researchers suggest.

Health News // 17 hours ago
Technology preserves bonds in addiction treatment during COVID-19 crisis
Everyone is struggling with isolation as much of the world hunkers down to slow the spread of COVID-19, but this time poses even greater hazards for folks recovering from addiction, experts say.

Health News // 19 hours ago
Some steroid medications may raise coronavirus risk
People taking a certain class of steroids for inflammatory conditions such as asthma, allergies and arthritis may be at increased risk from the new coronavirus, experts say.

Health News // 1 day ago
New drug shows promise for pneumonia caused by COVID-19, study finds
April 6 (UPI) -- Researchers have identified a new drug that reduced the lung damage associated with COVID-19 in human lung cultures and mice, but it still needs to be tested for safety and efficacy in humans. 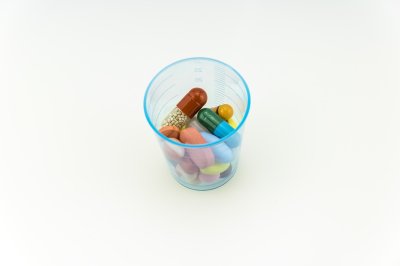