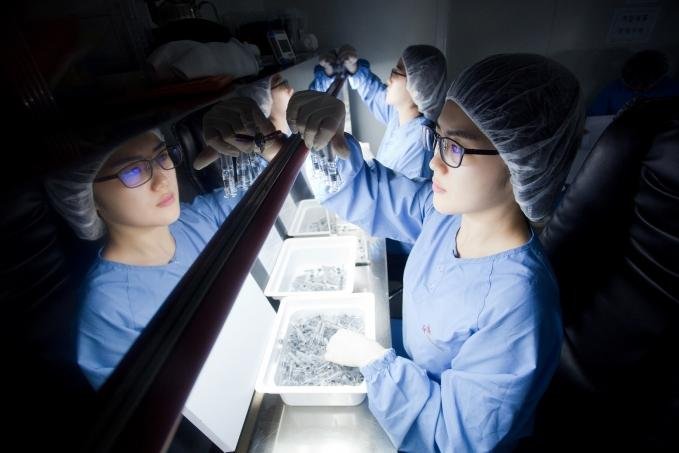 SK Bioscience researchers check vaccines. The company started an animal trial of the COVID-19 vaccine with the aim of launching clinical tests this September. Photo courtesy of SK Bioscience

SK Bioscience, an affiliate of SK Group, announced Monday that it will be testing its vaccine on rodents infected with the novel coronavirus. If all goes well, the vaccine will proceed through clinical trials as early as September.

The firm said it could possibly produce the vaccine en masse through production lines in Andong, a city about 50 miles north of Daegu, where most of South Korea's outbreak has occurred.

South Korea has the ninth-largest novel coronavirus outbreak as of Tuesday, with more than 9,000 cases and at least 124 deaths. However, the country has one of the lowest death rates in the world, at just 1.4 percent. In comparison, the United States has an estimated 46,168 cases and 582 deaths.

In South Korea, a pharmaceutical firm called Celltrion also said that it aims to begin a human clinical trial of a COVID-19 treatment in July, two months earlier than previously planned.

Celltrion's founding chairman, Seo Jung-jin, made the announcement on YouTube.

"If we carry out the second and third trial tests at the same time, the procedures can finish within four months. We will be able to roll out products for a million people in a month at our facilities," Seo said.

"Even if the coronavirus threat ends, it may come back later. Therefore, we will keep channeling our resources to finish developing the products to prevent its recurrence," he added.

Health News // 6 hours ago
Study: Early signs of COVID-19 may differ by age, gender
Exactly what symptoms of early COVID-19 infection you suffer may depend on both your age and gender, a new study finds.

Health News // 7 hours ago
Arthritis, lupus flares rare after COVID-19 vaccination, study finds
Aug. 4 (UPI) -- The COVID-19 vaccine rarely causes flares in people with rheumatoid arthritis and lupus, according to a study published Wednesday by the journal Arthritis and Rheumatology.

Health News // 11 hours ago
Study: Graphic warnings on cigarettes boost desire to quit, but only for short time
Aug. 4 (UPI) -- Graphic warning labels on cigarette packaging designed to depict the dangers of smoking lead some users to quit in the short term, but have little effect over the long haul, a study published by JAMA Network Open. 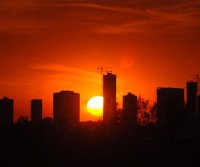