Researchers say this study is the first to show vaping can alter the natural balance of beneficial bacteria in the mouth, which can increase risk for health issues.

Your lungs might not be your only concern if you're trying electronic cigarettes -- your mouth may pay the price, too.

Vaping alters the natural bacteria found in the mouth, leaving you more vulnerable to oral infections and inflammation, a new study reports.

The researchers said this study is the first to show that vaping can alter the natural balance of beneficial bacteria, or microbiome, in the mouth, adding to the list of potential health effects associated with e-cigarette use.

"Cells that are exposed to e-cigarettes are more susceptible to infections," said the study's senior author, Deepak Saxena. He's a professor of basic science and craniofacial biology at NYU College of Dentistry in New York City.

Saxena said that e-cigarettes also lead to increased inflammation, which harms oral health. And once someone develops inflammation, it's possible to develop white patches in the mouth called leukoplakia that sometimes develop into cancer. However, this study doesn't have enough long-term evidence to show whether or not these changes could lead to oral cancers in the future, Saxena said.

"Our study is just one piece of this big puzzle on e-cigarettes, and I would advise people to not use them. If you have not started, don't start. Nicotine is highly addictive," he said.

A U.S. Centers for Disease Control and Prevention report from November suggested that as many as one out of every five U.S. high school students had vaped in the last month. That's especially concerning since more than 2,500 Americans have been hospitalized with lung injuries traced back to e-cigarette use. An additive sometimes used when people vape is suspected as a trigger for these injuries. Fifty-four people have died as a result.

People who smoke traditional tobacco cigarettes are known to have a higher risk of gum disease and oral infections. Tobacco causes changes in the mouth's usual environment that dampen the immune system response and let bad bacteria flourish, the researchers explained.

E-cigarettes have been considered less harmful, but there hasn't been a lot of research, particularly long-term studies on the new devices.

For the new study, the research team recruited 119 participants, including roughly equal numbers of people who didn't smoke or vape, people who smoked tobacco cigarettes, and those who had only used e-cigarettes.

RELATED Lung illnesses may have pushed some in U.S. to quit vaping

The researchers performed oral exams and collected saliva samples to test for the bacteria living in the participants' mouths.

When they tested for bacteria, the researchers found different types of predominant bacteria in the three groups.

"We found there is a shift in the microbiome of e-cigarette users, making it much closer to that of regular cigarette smokers," Saxena said.

Co-author Xin Li, an associate professor at NYU College of Dentistry, noted that the researchers can't say if e-cigarettes are more dangerous for oral health than traditional tobacco cigarettes.

"We saw a similar trend to inflammation and periodontitis (a serious gum infection), but I don't think we can draw any conclusions about whether e-cigarettes are more harmful," she said.

If you vape and have concerns about these potential changes, Saxena suggested taking greater care with your oral health and perhaps seeing your dentist more frequently. Li said maybe probiotics can help restore the microbiome in the mouth. But both noted these steps haven't been studied yet.

"This article describes in detail some of the adverse outcomes associated with [e-cigarette] usage. Firstly, it increases the amount of bacteria in the mouth; secondly, it promotes inflammation of the gums," Burakoff said. He added that these changes could lead to an increased risk of infection.

The study was published online Feb. 26 in iScience.

Read more about vaping and your health from Johns Hopkins Medicine.

Health News // 2 hours ago
Poll: COVID-19 pandemic uncertainty keeping people in U.S. in limbo
One-third of Americans are struggling to make basic decisions due to ongoing stress about the pandemic, and younger adults and parents are having the most difficulty of all, a new survey reveals. 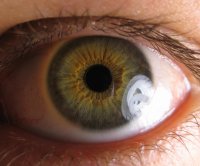 Health News // 12 hours ago
Bicycle-, gun-linked injuries rose during COVID-19 lockdowns, study finds
In yet another example of the cost of the pandemic, a new study finds there were significant increases in bicycle- and gun-related injuries during coronavirus lockdowns in the U.S., but a decrease in traffic injuries.

Health News // 23 hours ago
Study: 87% of excess lung cancer risk eliminated if smokers quit before age 45
Smokers who kick the habit before age 45 can nearly eliminate their excess risk of dying from lung or other cancers, a new study estimates.

Health News // 1 day ago
Study: COVID-19 vaccination does not raise odds for miscarriage
COVID-19 vaccines don't increase the risk of miscarriage in early pregnancy, according to a study that adds to previous research showing the vaccines are safe for pregnant women.
Advertisement